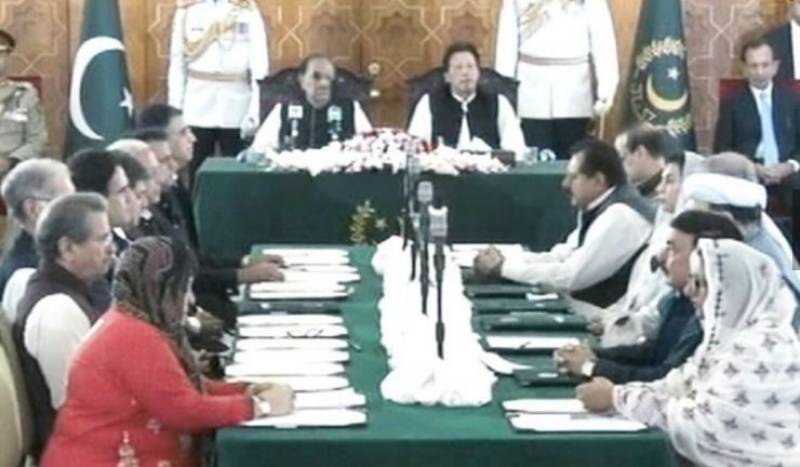 The ceremony commenced with the national anthem. This was followed by recitation of verses from the Holy Quran.

The cabinet includes 16 ministers and five advisers. Twenty members of the cabinethave already been approved by PM Imran, and are listed below along with the ministries they will serve: