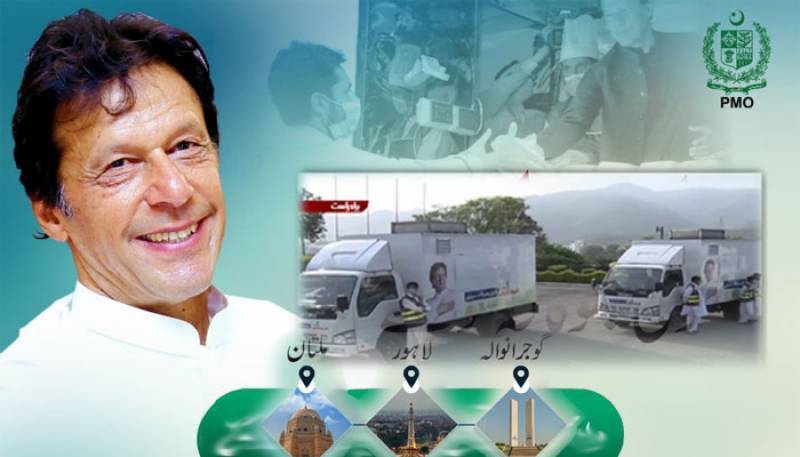 According to details, the premier inaugurated four food trucks that will serve free cooked meal to daily-wage earners across the cities. With addition of four trucks under the expansion plan, the total number of such vehicles will be increased to 16.

The Ehsaas has been running 12 trucks in 5 cities including Rawalpindi, Islamabad, Lahore, Faisalabad and Peshawar and the program is being expanded to seven cities including Gujranwala, Lahore and Multan.

During the briefing, the prime mister questioned as whether there was any mechanism for quality audit. In response, Sania Nishtar told that they had received some complaints from Peshawar regarding the quality of food which were addressed later.

To this, the prime minister repeatedly directed for no compromise on quality of food, both at trucks as well as Panagahs, because the poor who felt contented only for getting free food, would never complain about its quality.

While also reiterating his government’s commitment to serve the poor without hurting his dignity, the prime minister said such initiatives were the reflection of State of Madina which had taken the responsibility of their poor people.

The prime minister was told that by October, the “Ehsaas Koi Bhooka Na Soye” operations would be expanded to all four provinces, Azad Jammu and Kashmir and Gilgit Baltistan with the overall fleet of 40 food trucks in 29 cities that would feed 40,000 people every day and 1.46 million people annually.

To-date, 831,625 meals have been served across Lahore, Faisalabad, Rawalpindi, Peshawar and Islamabad.

On March 10, 2021, Prime Minister Imran Khan had officially launched the initiative to serve free meals to deserving populations in Rawalpindi and Islamabad.