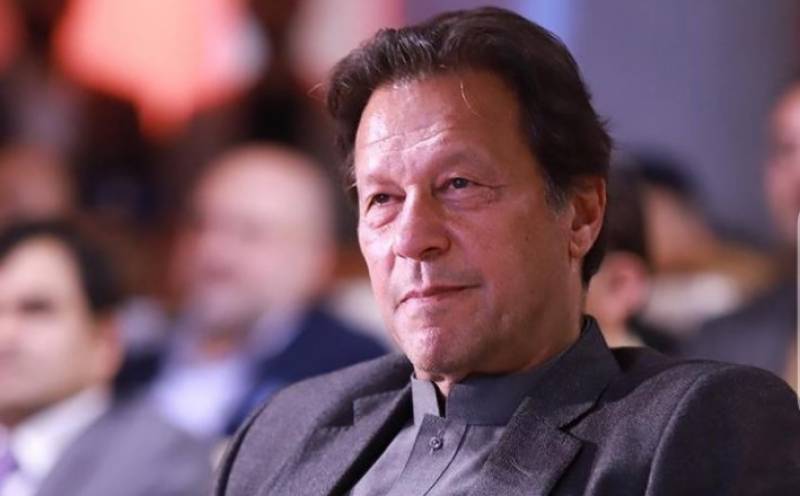 Islamabad (Web Desk): Former premier and Pakistan Tehreek-e-Insaf (PTI) Chairman Imran Khan has issued clarification about his comments in an interview to UK based publication The Guardian regarding attack on controversial author Salman Rushdie.

As per the newspaper, former premier had condemned the attack on "The Satanic Verses" author and described it as "terrible and sad" during the interview.

The Guardian quoted him as saying that the anger of Muslims towards Rushdie's book was understandable, but that cannot be taken as a justification for the assault.

"Rushdie understood, because he came from a Muslim family. He knows the love, respect, reverence of a prophet that lives in our hearts. He knew that. So the anger I understood, but you can’t justify what happened," Khan said while sharing his views on the attack.

The comments of the PTI leader invited criticism from across the country.

Responding to the criticism, Imran Khan said that the British newspaper took his comments out of context.

He said that he "spoke about the Islamic view on punishments for blasphemers".

"I explained the matter in this context," the former prime minister said, adding that he also gave examples of the Sialkot incident in the context of the attack on Rushdie.

The former premier said that he explained the Islamic system for punishing those involved in blasphemy of the Holy Prophet (PBUH) in recent interview.

Meanwhile, Khan's PTI also slammed the campaign of defaming Imran Khan by twisting his comments about the controversial author.

The party stated that Imran Khan not only highlighted that blasphemy matter in Pakistan but also at international forums.