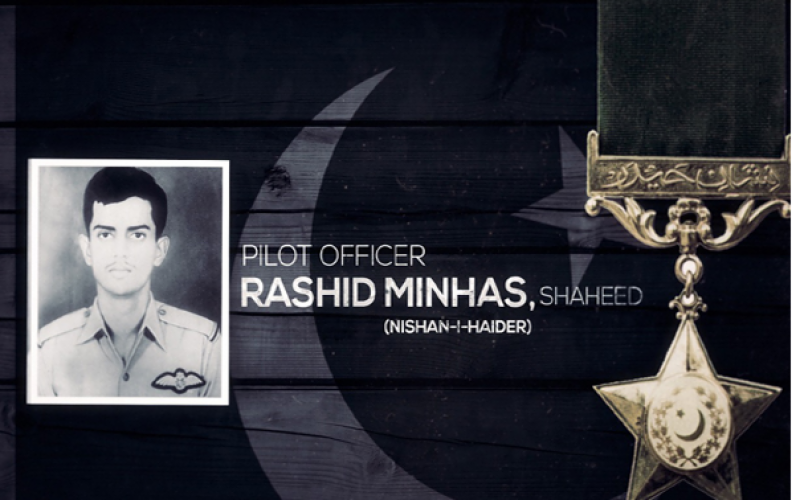 Rashid Minhas was born on 17 February 1951 in Karachi and was commissioned as GD-Pilot in the PAF in March 1971.

The young pilot sacrificed his life for the country during the 1971 war, while trying to thwart an attempt by his senior to fly a jet trainer to India.

On August 20, 1971, Minhas vanquished the iniquitous intentions of his instructor pilot Flight Lieutenant Mati ur Rehman who tried to hijack his training jet T-33 towards India.

Rashid Minhas battled to take back the controls of the aircraft and finally preferred to crash the plane before it could cross the border.

The brave son of soil accepted to sacrifice his life but did not allow hte country's dignity to be tarnished.

Meanwhile, Pakistan Air Force (PAF) has released a short documentary on his 51st martyrdom anniversary to pay homage to the country's valiant son and the youngest recipient of Nishan-e-Haider, the Radio Pakistan reported.