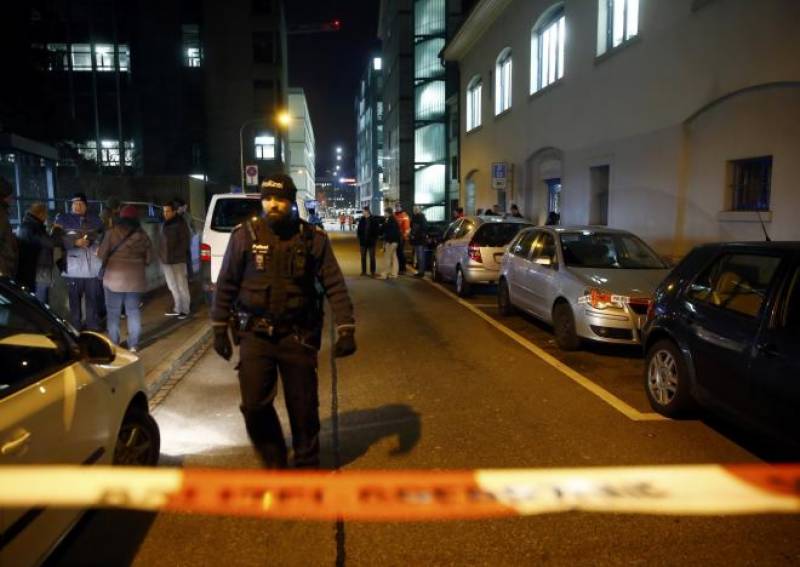 Zurich (Reuters): A man burst into a mosque in the Swiss city of Zurich on Monday evening and opened fire on people praying, injuring three men, Swiss police said, who have launched a manhunt for the shooter.

They said they had collected evidence inside the building and would make more details available on Tuesday. They declined to comment on the potential motive.

According to Zurich police, two of the three men, aged 30, 35 and 56, were seriously injured in the attack shortly after 5:30 p.m. local time (1630 GMT) near the main train station in Switzerland's financial capital.

A third sustained less severe injuries. All 3 were brought to hospital.

Police said that the unidentified suspect, a man around 30 years old who according to witnesses was wearing dark clothing and a dark wool cap, fled the mosque.

Police said a body was found nearby but would not comment on any link to the shootings while investigations continued.

The Islamic Center on Zurich's Eisgasse was used as a mosque, the center that attracted Muslims from around the world, often by Somalis, people at the scene told Reuters.

An eye witness said that the three victims were Somalis.

Two thirds of Switzerland's 8.3 million residents identify as Christian but the nation has been wrestling with the role of Islam as its Muslim population has risen to 5 percent, swelled by the arrival of immigrants from the former Yugoslavia.

The Federation of Islamic Organisations in Switzerland said the center was not a member and it did not have any direct knowledge of the incident.