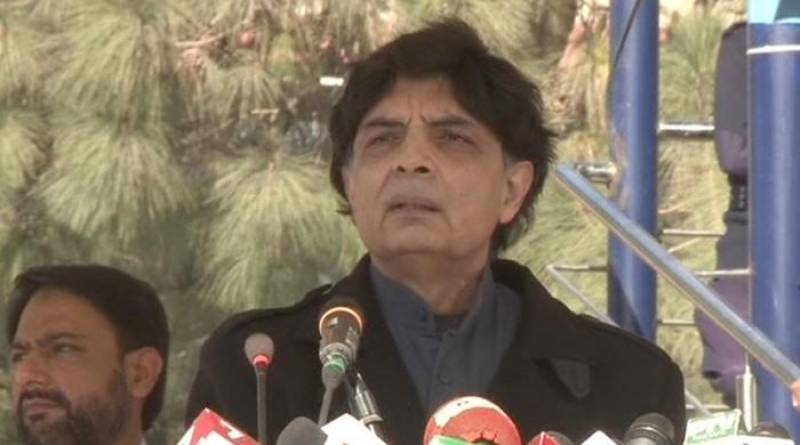 The minister accused that official from past PPP government were involved in extensive money laundering carried out by Khanani and Kalia. He also claimed that the records were destroyed to hide facts, adding that he would bring some major breakthroughs regarding the case within two weeks.

He slammed PPP’s Chairman Bilawal Bhutto Zardari adding that his mother’s name was also mentioned in Panama Leaks. He took a sarcastic jibe at the chairman saying that Bilawal was adopting approach what Nisar claimed an Imran Khan style towards politics.

Nisar mocked PPP by saying, “When the PPP talks about tackling corruption, it’s like the BJP speaking about the rights of Muslims.”

He further stated that AD Khawaja was an honest man but Sindh government sent him on forced leave without any consultation from federal government.

He said that the last government’s tenure was very drastic, there were bomb blasts every other day but the current government is working very hard for zero crime in the country. The police should abide by the law to maintain law and order situation in the country.

Speaking at the ceremony of Rapid Response Force’s passing-out parade, Nisar said, “I am glad that in the last three years appointments in the department have been transparent.”

Addressing the pass-outs he advised them to serve the nation, curb the terrorism and establish law and order situation in the capital.