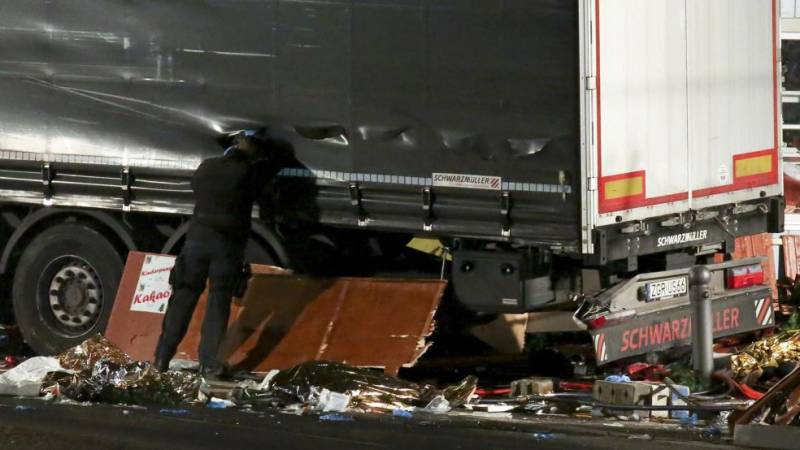 Berlin (Web Desk): There was evidence suggesting the attacker who plowed a truck into a crowded Christmas market in central Berlin on Monday is believed to be Pakistani or Afghan, says German media.

German newspaper Die Welt reported sources saying the suspected driver is a Pakistani refugee who arrived in the country on February 16, 2016. The newspaper, which had previously reported the nationality of the suspect to be Chechen, quoted the Tagesspiegel reporting that the person arrested in connection to the incident was known to police for minor criminal offences unrelated to terrorism.

Daily newspaper Tagesspiegel reported “security sources” saying that the person arrested was “Pakistani or Afghani”. The report has not been confirmed.

Police said on Twitter that they had taken one suspect into custody and that another passenger from the truck had died as it crashed into people gathered around wooden huts serving mulled wine and sausages at the foot of the Kaiser Wilhelm memorial church in the heart of former West Berlin. However, police said the nationality of the suspected driver, who fled the crash scene and was later arrested, was unclear.

FM Qureshi in Berlin to celebrate 70 years of diplomatic relations