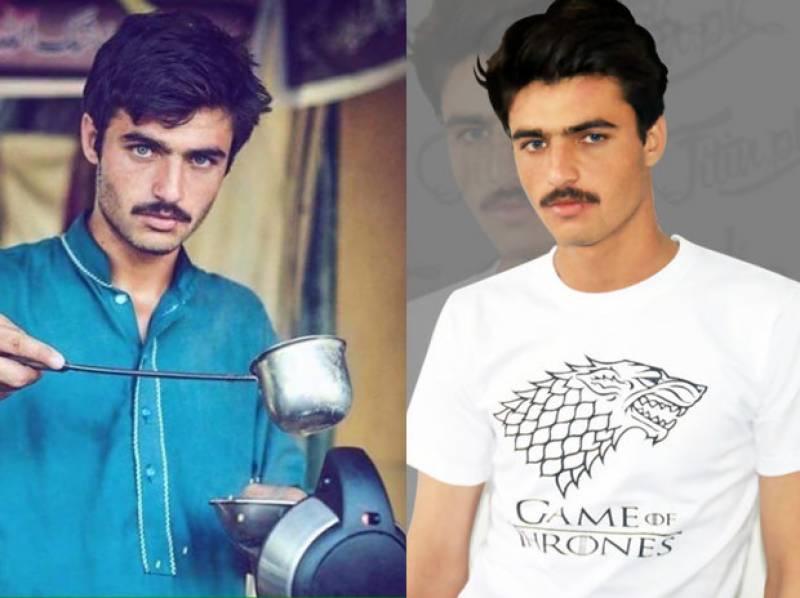 Islamabad (Web Desk): Pakistani Arshad Khan, who shot to fame following a picture of him pouring tea took the internet by storm, might soon land in the UAE to film his first debut movie project.

Pakistani media reports that the 18-year-old dreamy tea seller assured that he will be in Dubai and England for his debut film, tentatively titled Kabeer, soon. The breakout star will play the hero’s brother.

Khan was quoted as saying, “Even in this film I was offered a number of roles but I felt the character of hero’s brother suited my personality the most. No doubt, my role in this film is very important. They even offered me a hefty amount of money but I can’t really disclose the number right now. One thing is for sure, that I’m travelling to Dubai and England for the shoot of my first film.”

The teenager, who is one of 18 siblings, has been selling tea at a weekly market in Pakistan for the last four years. Following his popularity over his handsome looks and dreamy green eyes, the unsuspecting and reluctant blue-collared worked was even snapped up a modelling contract for an online shopping site in Islamabad.

If the news of his acting offer is true, then it’s clear that Khan has changed his stand on acting.

In his previous interview, he was quoted as saying that acting was “not an honourable work”.

He was quoted as saying, “Pashtuns always look for work that is honourable... If I can find some clean, honourable work, I will certainly do it.”