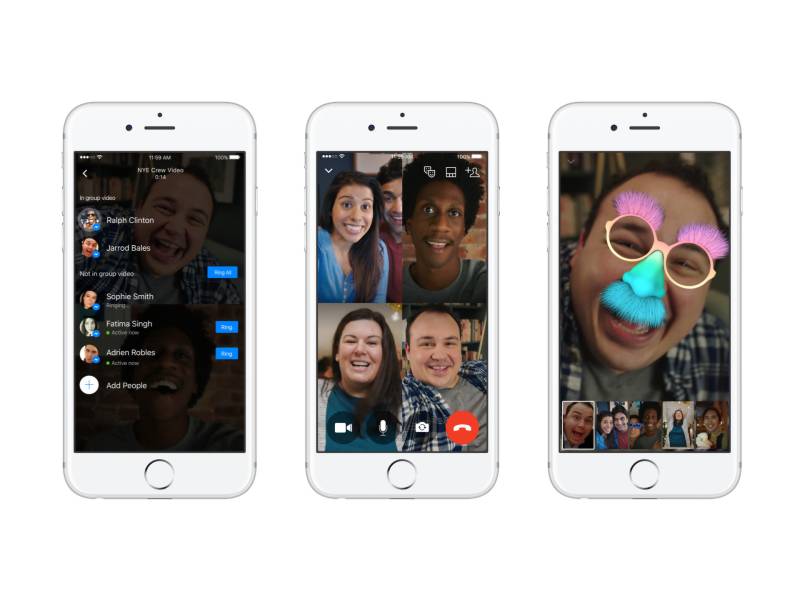 “We designed this experience with mobile phones in mind,” Song said. “And we were trying to figure out how we can create this party or fun atmosphere with a set of people. Being able to get in the same space and have that energy that you would if you were in the same physical space is what this is really for.”

It also allows the users to see what’s going on and responds with messages or sends voice even if the video call limit has filled up or user can’t join in due to work.

The company says up to 50 people can listen in a group call and “chime in via voice” or continue to send messages as well.

Users have to create a group or be in an existing one to be able to tap on the group video call icon, each person can join in with a tap whenever they’re ready, and you can ring certain people or the whole group.

Facebook Messenger recently released an update, improved camera with 3D effects, stickers, and masks that can be added to photos and videos. These 3D effects can be used in real time during video calls as well.

The Product Manager says that the team is focusing on its next billion users, and hopes that recently introduced features like Instant Games, and Instant Video are key features to attracting a new audience while maintaining its current user base.

The group video call update is available worldwide on iOS and Android.