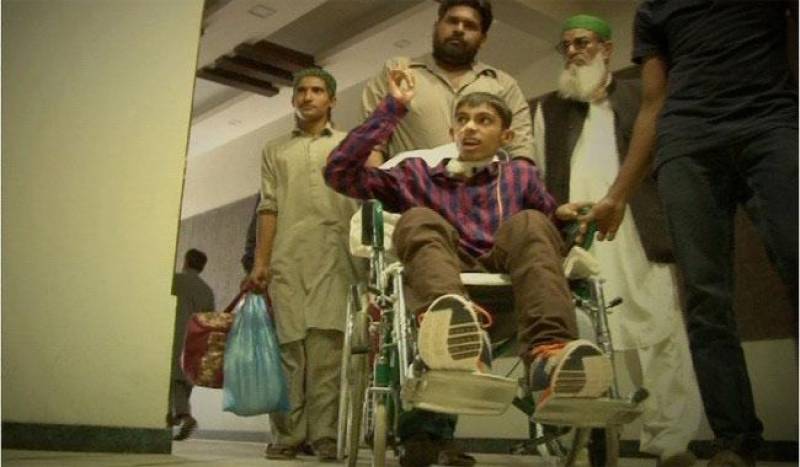 Larkana (Staff Report): Sindh government on Tuesday issued a grant of Rs 5 crore for the treatment of Ahmed Hussain, who was brutally tortured by a teacher in Cadet College Larkana.

The victim will be sent to United States for treatment.

According to victim’s father, Ghullam Ahmed, his son was strangulated by his teacher so severely that sensitive bones in Mohammed Ahmed's neck were broken. This gave the boy a paralysis attack and caused him to lose all his sense and become a mute as well.