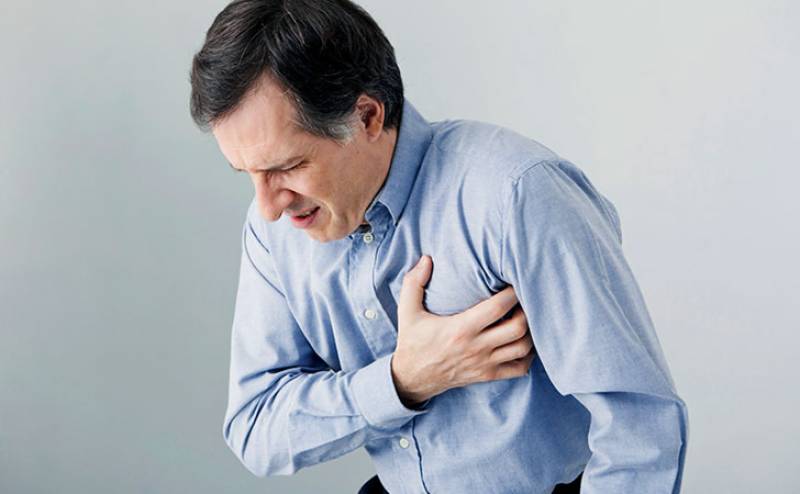 London (Web Desk): A recent study has claimed that chronic shortness of breath may increase the risk of a potential heart failure or Chronic Obstructive Pulmonary Disease (COPD).

Shortness of breath, medically known as dyspnea, is often defined as an intense tightening in the chest, air hunger or a feeling of suffocation.

Nasser Ahmadi, research student at University of Gothenburg in Sweden and specialist in cardiology and general medicine at Capio Medical Center in Orust said in a statement, "Shortness of breath is often a sign of heart or lung disease because these two organs are most closely involved in the respiratory system."

The researchers said that chronic shortness of breath may be an equally important warning signal as high blood pressure in some people.

However, shortness of breath is an often overlooked symptom as people tend to associate it with ageing.

"The fact that people do not seek medical advice for their breathlessness is often due to people associating their symptoms with the natural process of ageing. But if you notice that you experience increased shortness of breath during exertion, you should seek medical attention," Ahmadi added.

The research study stated that the early detection or a correct medication of potentially chronic diseases, the better diagnose. The patients can avoid suffering with early intervention and the need for hospitalization decreases.

In the study, people with chronic shortness of breath for 6 weeks or more who sought medical advice for their breathlessness were found to have underlying diseases like a potential heart failure or a hidden obstructive lung disease that was developing.