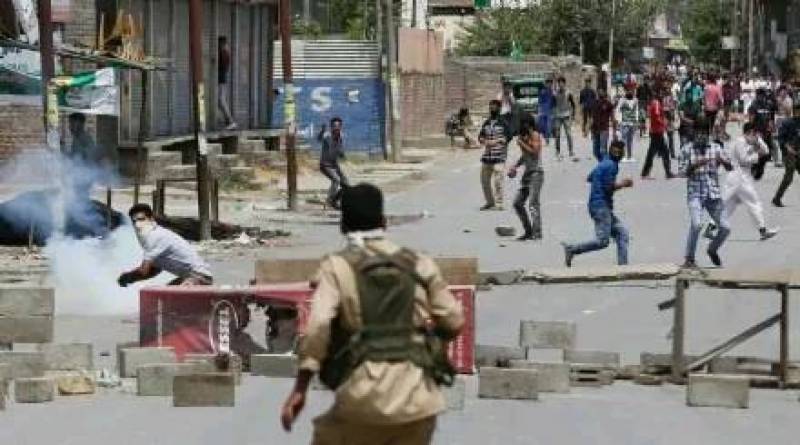 Srinagar (Web Desk/Agencies): The Indian government imposed President’s Rule for the third time in Indian occupied Kashmir (IoK) starting from today (December 20) as the Governor’s Rule expired after six months it was imposed in the territory.

“President has received a report from Governor Satya Pal Malik and after considering it, he was “satisfied” that President’s Rule was required,” a gazette notification issued on Wednesday said.

It is worth mentioning here that last time the President Rule was imposed in occupied Kashmir was in 1996. President’s Rule was first imposed in the territory in 1986.

On November 21, Malik dissolved the 87-member state assembly minutes before PDP could realign and stake claim with the backing of arch rival National Conference and Congress to form the government.

Moreover, Foreign Minister Shah Mehmood Qureshi also condemned imposition of President's Rule after the Governor's Rule in Occupied Jammu and Kashmir by the Indian government terming it another step in the continuity of Indian atrocities and barbarism.

In a statement, the foreign minister asked the world organisations and defenders of human rights to play their due role in urging India to stop its atrocities on innocent Kashmiris.