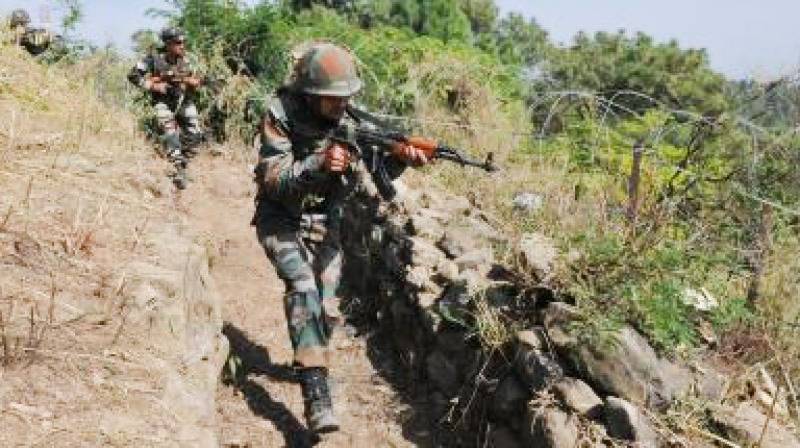 Islamabad (Staff Report/Agencies): The Foreign Office has said that Indian forces will not be able to silence innocent Kashmiris’ voice.

During his weekly briefing on Thursday, FO spokesperson Dr Mohammad Faisal said Pakistan condemns the genocide of defenceless Kashmiris. He called on international institutions to probe into the human rights violations being carried out by the occupying forces.

"Pakistan strongly condemns the genocide of defenseless Kashmiri people. They [India] cannot suppress the voice of freedom of the Kashmiri people by the use of force. International intuitions should be allowed to probe into the atrocities in the valley.”

Discussing talks between Pakistan, China and Afghanistan, the Foreign Office spokesperson said that the three countries held positive discussions. During the second round of Pakistan-Afghanistan-China trilateral dialogue in Kabul, the countries signed a memorandum of understanding on anti-terrorism cooperation, he added.

The spokesperson said Pakistan will not forfeit its claim to Jinnah House, the mansion owned by Quaid-i-Azam Muhammad Ali Jinnah in Mumbai prior to Partition.

Jinnah House had been caught in a legal battle between the government of India and Jinnah’s daughter, Dina Wadia. Wadia had in 2007 moved the Bombay High Court to regain control of the estate. She passed away last year in November.

Pakistan's announcement of not relinquishing its claim on the house came a day after Indian Minister for External Affairs Shusma Swaraj announced that the Indian government will be turning the estate into an international convention centre after the Indian Council for Cultural Relations (ICCR) transferred ownership of the house to her ministry.