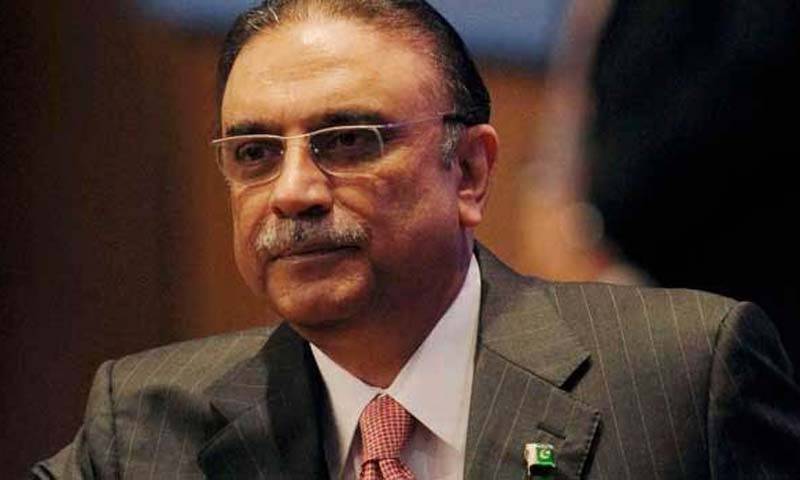 Citing Article 62 and 63 of the Constitution, the reference underscores that in his nomination form for the 2018 general elections, Asif Ali Zardari had failed to declare an apartment he allegedly owns in New York, United States.

The application filed by Khurram Sherzaman says: "Because of this act of Mr Asif Ali Zardari under the Constitution of the Islamic Republic of Pakistan and Rules of the Election Commission of Pakistan, he as per past precedent, should be disqualified from holding public office under Article 62 (1)(f), as in my opinion he ceases to be truthful and sagacious,".

The PTI MPA further said that he was attaching documents of the property in question along with Zardari's Form B, "which shows that he did not declare this property".

The provincial offices of the ECP accepted the application, however, it informed the PTI lawmaker that any action on the petition would be its headquarters in Islamabad.

The PPP leader is a member of the National Assembly from NA-213, Shaheed Benazirabad, Sindh.

This is pertinent to mention that Federal Minister for Information Fawad Chaudhary had made an announcement a day earlier regarding filing a disqualification reference against Zardari.

Addressing a news conference in Islamabad on Wednesday, the minister said that the Pakistan Tehreek-e-Insaf (PTI) has directed its Sindh lawmaker Khurram Sher Zaman to file a reference against the former president for not mentioning his foreign assets in the nomination papers submitted to the Election Commission of Pakistan (ECP).

The information minister claimed that Asif Ali Zardai owns an apartment in the United States.

“The PPP leader was required to declare that property under Articles 62 and 63, which he didn’t. He is therefore not eligible to be a lawmaker,” Fawad said.