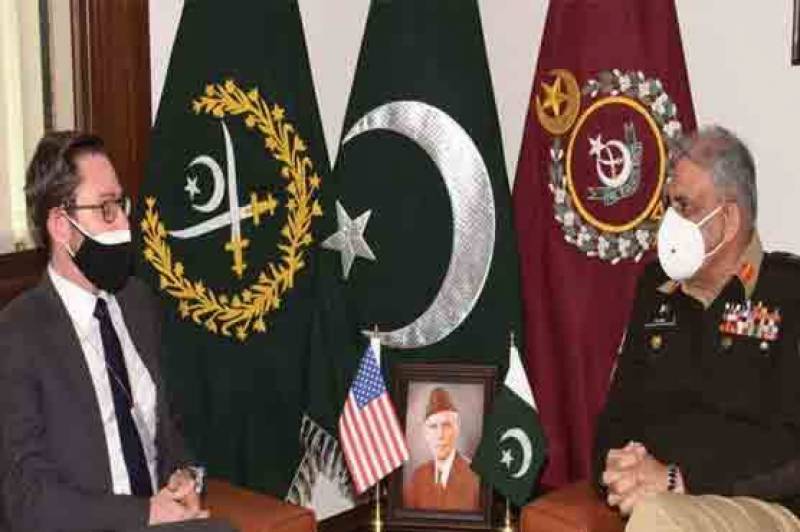 Rawalpindi (Web Desk): Chief of Army Staff (COAS) General Qamar Javed Bajwa has called for global convergence to avert a looming humanitarian catastrophe in Afghanistan as the world and the region cannot afford an unstable country, the military’s media wing said on Monday.

According to a statement issued by the Inter-Services Public Relations (ISPR), the COAS was talking to the United States (US) Special Representative for Afghanistan Mr Thomas West, who called on him at the General Headquarters (GHQ) in Rawalpindi.

During the meeting, matters of mutual interest, current security situation in Afghanistan and bilateral cooperation opportunities in the context were discussed.

Thomas West appreciated Pakistan’s role in Afghan situation, special efforts for effective Pak-Afghan border management and pledged to play his part for further improvement in diplomatic cooperation with Pakistan at all levels.