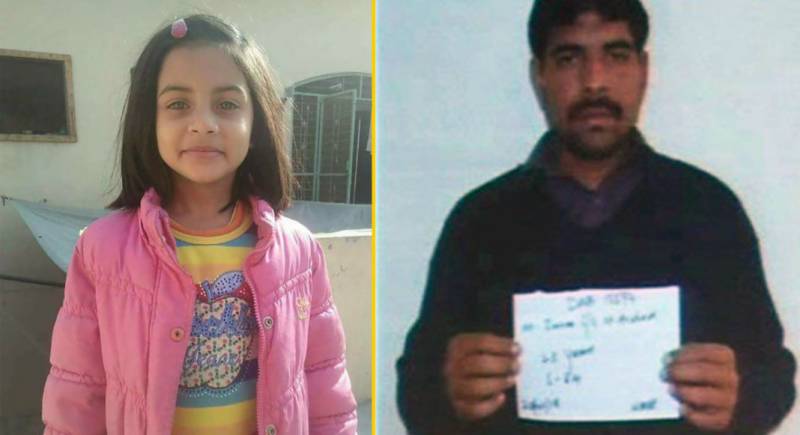 Lahore (Staff Report): Imran Ali, who was convicted for the rape and murder of 6-year-old Zainab, has filed an appeal in the Lahore High Court (LHC) against Anti-terrorism Court (ATC) verdict.

An ATC on Saturday convicted Imran Ali for the rape and murder of 6-year-old minor. The appeal was submitted in the high court on Tuesday by jail officials in Ali's name. In the appeal, the convict claims to be not guilty.

The court had reserved its verdict on January 15 and announced in Kot Lakhpat jail on Saturday.

ATC Judge Sajjad Ahmad indicted the suspect in the murder and rape case of Zainab , who was kidnapped from near her aunt’s house in Kasur on January 4 and found dead in a garbage heap five days later.

Punjab police arrested the main accused after his DNA matched the samples taken from the crime scene.

Earlier, Punjab Chief Minister (CM) Shehbaz Sharif said that if the law allows, the entire nation will request the court to permit the public hanging Zainab’s killer , Imran Ali, at any roundabout of Lahore or Kasur.

“It’s a request of the entire nation to the courts that if the law allows the convict should be hanged at any roundabout of Lahore or Kasur so that the entire world could see it,” Shehbaz said.