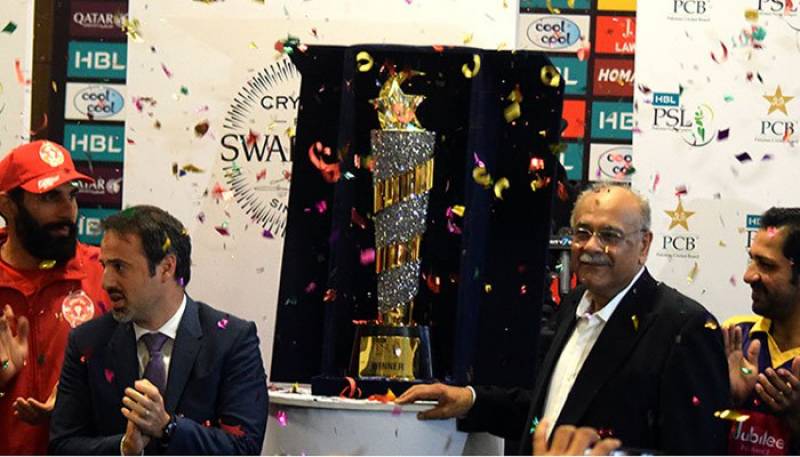 Dubai (Web Desk): A ceremony to unveil the glittering winners’ trophy for the third edition of the Pakistan Super League (PSL) held in Dubai on Tuesday.

The silverware for the tournament unveiled to the public at the Dubai International Stadium today afternoon. The trophy was received by the captains of the PSL teams, and carried to the ceremony by defending champions Peshawar Zalmi skipper Darren Sammy.

The event was attended by the managements and owners of the PSL franchises, along with top officials from the Pakistan Cricket Board.

The opening ceremony for the tournament will be held on February 22, ahead of the first match between Peshawar Zalmi and debutants Multan Sultans.