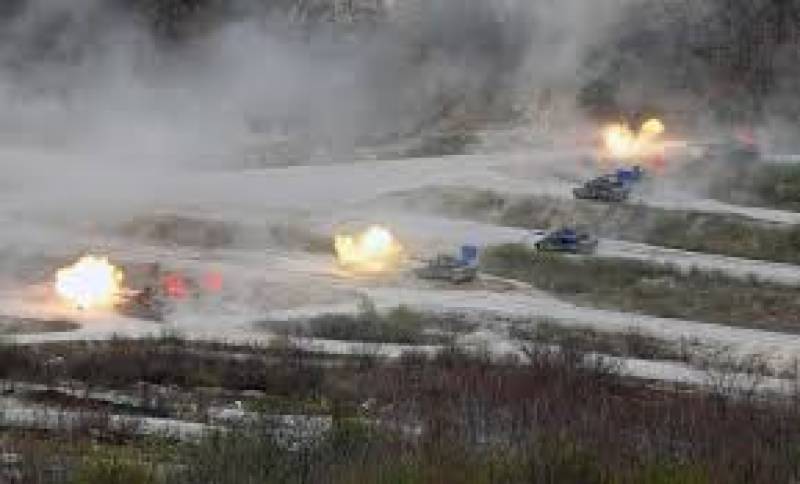 Seoul and Washington had agreed to postpone the regular joint military exercise until after the Winter Olympics and Paralympics being hosted in South Korea, which end on March 18.

After the decision to delay the joint exercise, North Korea agreed to hold the first official talks with South Korea in more than two years and send athletes to the Winter Games, easing a standoff over Pyongyang’s nuclear and missile programmes.

Asked when the two countries will hold the postponed drill, Song Young-moo told parliament he and his US counterpart, Jim Mattis, would make an announcement between March 18 and the start of April.

“The exercise was postponed according to the spirit of the Olympics,” Song said. “We have agreed to uphold the basis until after the Paralympics...and not to confirm nor deny anything regarding what we would do after that until we announce it”.

Song added inter-Korean talks had not come about as a direct result of the postponed drill.

Pyongyang has warned it would not sit idle if the United States and South Korea push ahead with the postponed military exercises.

North Korea denounces the drills as preparations to invade it, and it has at times conducted missile tests or taken other aggressive action in response.

The South Korean and US militaries usually hold military exercises called Key Resolve and Foal Eagle in March and April, which can involve as many as 17,000 US troops and more than 300,000 South Koreans.

“I‘m aware negotiations are moving towards a direction where the drills will be held,” Cho said in a separate parliamentary session on Tuesday, without elaborating.

A restart of the joint drill is an “act of ruthlessly trampling even a small sprout of peace that has been now seen on the Korean peninsula”, the North’s official KCNA news agency said in a commentary on Monday.

“It is a provocative act of chilling the active efforts of the DPRK and enthusiasm of the international community to defuse tension and create a peaceful environment”.

Tensions on the Korean peninsula have eased since last year resulting in inter-Korean talks and the North sending a high-level delegation led by Kim Yo Jong, the sister of leader Kim Jong Un, and athletes to the Winter Olympics.

South Korea has also floated the idea of co-hosting the 2021 Asian Winter Games with North Korea, and a North Korean official said on Tuesday this may be possible, reported the South’s Yonhap news agency.

The host city for the 2021 event has not yet been decided.

Speaking to a Yonhap reporter at an airport in Beijing, the Chinese capital, Chang said it would be easier for the two sides to co-host the 2021 Asian Winter Games because there is less competition to host them, compared to the Olympics.