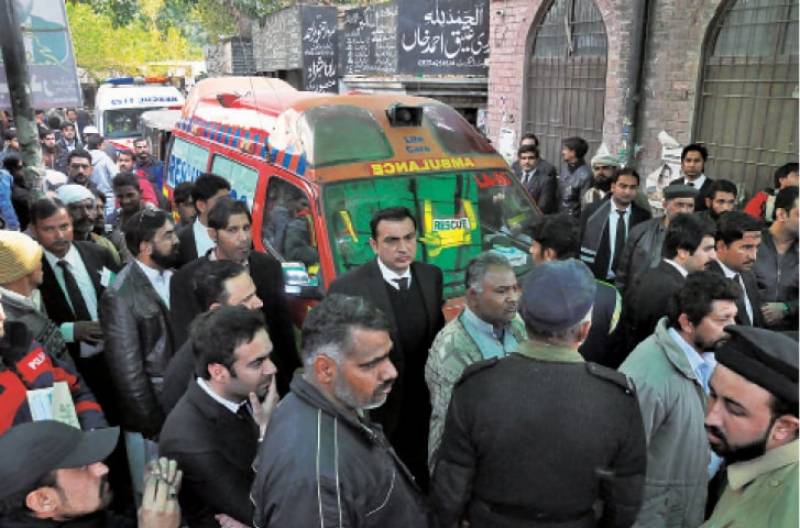 Lahore (Staff Report): At least two lawyers were killed and two others sustained injuries as a scuffle broke outside a sessions court in Lahore on Tuesday.

As per the details, two lawyers identified as Rana Nadeem and Awais Talib were killed as a result of a crossfire between two groups of lawyers outside the court of Judge Sheikh Toseer-ur-Rehman. Advocate Rana Nadeem died on the spot, while Owais Talib, the second lawyer, succumbed to bullet injuries at the hospital.

According to police, Advocate Kashif Rajput opened fire within the premises of sessions court in which two lawyers were died. Rajput is a cousin of deceased Nadeem and family dispute is a motive behind the killing, said police. The assailant has been arrested by the police.

Punjab Chief Minister Shehbaz Sharif took notice of the firing incident and sought report from the police. He also expressed grief over the killing of the lawyers.