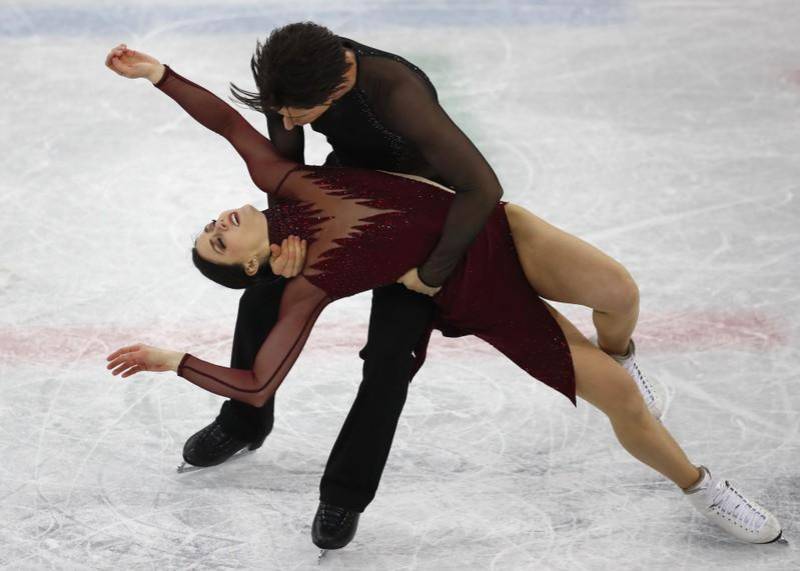 Gangneung (Reuters) - Canadian ice dancers Tessa Virtue and Scott Moir claimed their second Olympic gold medal with a brilliant free dance on Tuesday, edging to the top of the podium by less than a point and breaking the world record into the bargain.

Skating last to “Moulin Rouge,” the pair embraced and grinned on the ice after their dynamic performance that had the audience roaring.

They won with a total score of 206.07, eclipsing the world record that had been set just moments before by French pair Gabriella Papadakis and Guillaume Cizeron, who finished on 205.28.

“We don’t know what the future holds quite yet but it definitely feels like we’re getting close to the end of our career,” Moir told OBS, the official Olympics broadcaster.

The pair had previously said this would be their last Olympics and hinted that retirement from competition - this time for good - might be on the cards soon. 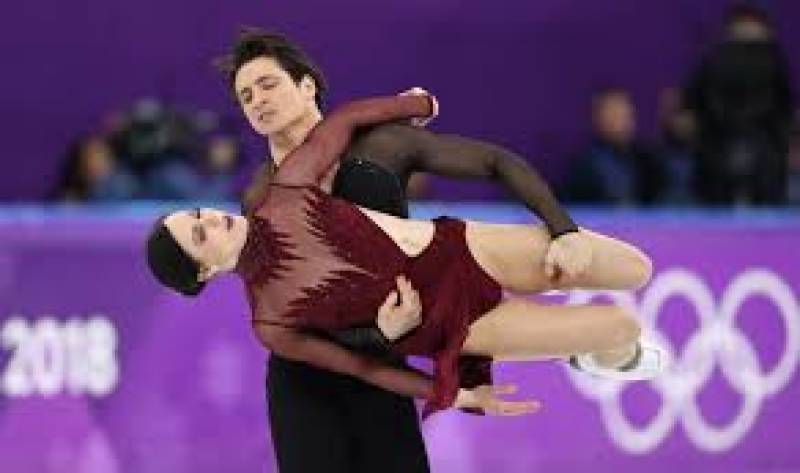 “We’re just proud of our accomplishments at these Games. The goal was to win two golds but it’s a really intense competition,” Moir added.

“We have such respect especially for Gabriella and Guillaume. We’re pretty happy with how things turned out, that’s for sure.”

The Canadian pair, who won gold in Vancouver eight years ago, have dominated the event since they returned to competition after retiring following a silver at the Sochi Games four years ago. They also have a team silver from Sochi and gold at Pyeongchang, won last week.

They made a comeback late in 2016 and powered to a number of world records with only one defeat along the way. 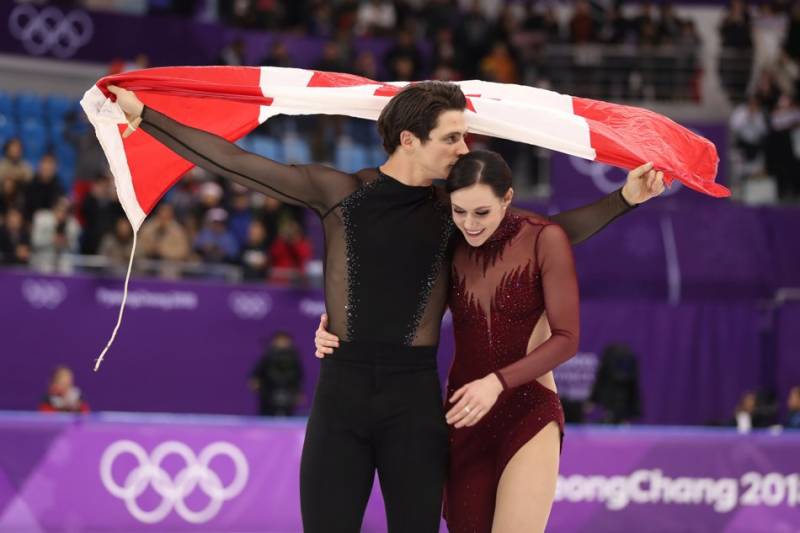 That loss - in the Grand Prix Final in Japan last December - was to Papadakis and Cizeron, and prompted the fiercely-competitive Canadians to return home and tweak their programme in response.

Papadakis and Cizeron struggled in their short programme on Monday after the top of Papadakis’s costume came loose, and were 1.74 points behind the Canadians entering Tuesday’s free dance.

The pair’s ethereal free dance had the audience at the Gangneung Ice Arena clapping and set a new world record for both the free skate -- they scored 123.35 and topped the Canadians -- and the total score.

Virtue and Moir broke that record fewer than 15 minutes later, when they scored 122.40 in the free programme.

Papadakis said Tuesday’s performance had made their Olympic debut special.