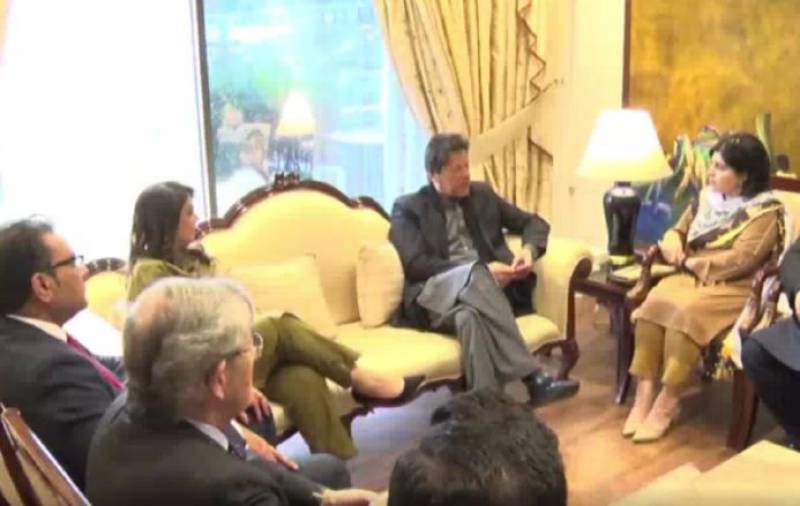 During the meeting, PM Imran highlighted atrocities being committed by Indian forces in Kashmir and war hysteria being created by the Indian government.

The delegation appreciated the steps being taken by the government in tackling various challenges including economic, good governance and eradication of corruption.

Special Assistant to the Prime Minister for Overseas Pakistanis Syed Zulfikar Abbas Bukhari was also present in the meeting.

Speaking on the occasion, the Prime Minister appreciated DFID's continued engagement with the country especially in education sector and skill development.

He emphasized on further strengthening partnership in skill development which is critical for employment of the youth of the country, Radio Pakistan reported.

Chairman Board of Investment Haroon Sharif, Special Advisor to Prime Minister Naeem-ul-Haq, Secretary Interior and others also attended the meeting.