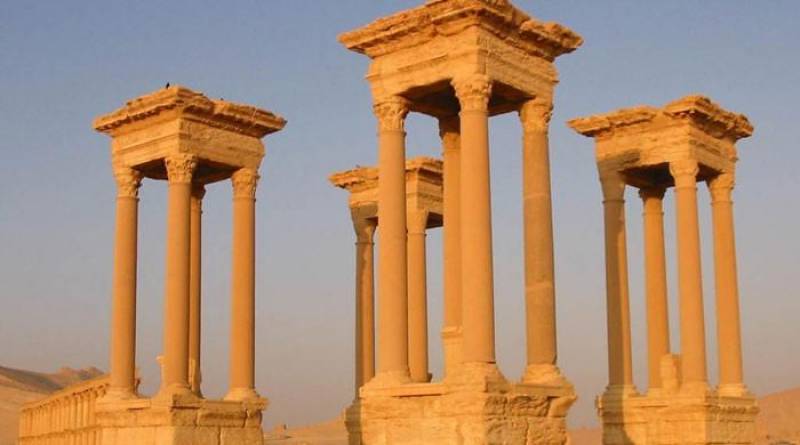 Beirut (Reuters): Daesh terrorists have destroyed most famous monuments in the ancient city of Palmyra, the Tetrapylon, and the facade of its Roman Theatre, Syrian antiquities chief Maamoun Abdulkarim confirmed on Friday.

Daesh control the Palmyra site after capturing it in December for a second time from Syrian government forces.

Government forces and their militia allies, backed by Russian air power, had taken back the city from Daesh last March after first losing it in 2015.

5 senior leaders of Daesh killed in airstrike in Afghanistan