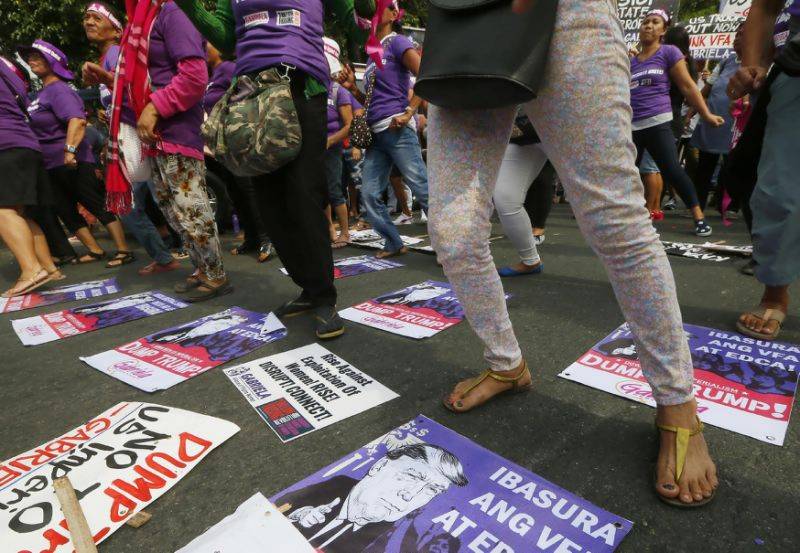 MANILA (Agencies): Left-wing and Muslim activists urged Philippine President Rodrigo Duterte in a noisy protest to keep his promise of charting a foreign policy independent of America by staying away from Donald Trump who after he is sworn in as president on Friday.

The more than 200 protesters burned a US flag near the US Embassy in Manila and called for an end to the presence of American troops in the country. They held up signs, including one that read "Donald Trump don't mess with the Philippines." The protesters said they find Trump more alarming than Barack Obama because of his offensive remarks against immigrants and Muslims.

"Obama sugar-coated imperialism but Trump has shown an in-your-face kind of imperialism," said protest leader Renato Reyes of the left-wing Bayan group, adding Duterte "should stick to his independent foreign policy." Duterte blasted Obama for criticizing his deadly crackdown against illegal drugs but congratulated Trump in a phone call.