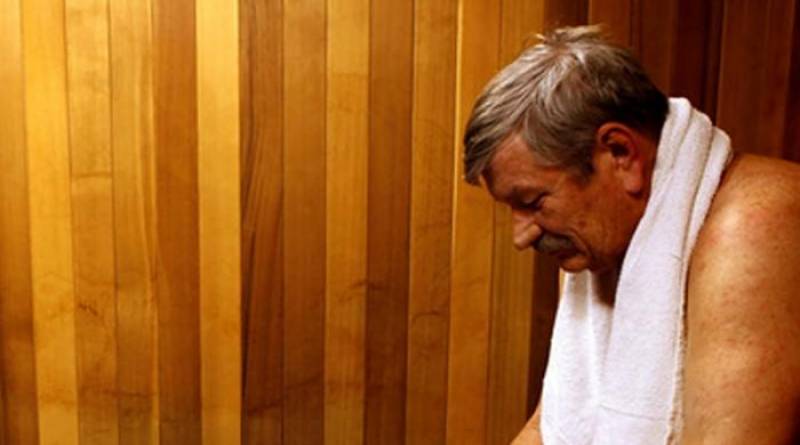 Joensuu, Finland (Reuters): A Finnish study claimed that regular visits to the ‘sauna’ can help lower the risk of developing dementia and Alzheimer's disease as well as dying of heart ailments.

According to researchers at the University of Eastern Finland, sauna visits and improvement in memory diseases tied after following more than 2,300 middle-aged Finnish men for more than 20 years.

Jari Laukkanen, senior researcher and a professor of clinical medicine at the University of Eastern Finland said, "We have taken into account other lifestyle factors, like physical activity and socioeconomic factors ... There is an independent effect of sauna on these outcomes."

He further said that the study only indicated an association between the sauna and memory diseases, and the findings would have to be fleshed out through further studies with different age groups, other nationalities and women.

The findings of the study were published in the journal Age and Ageing in December and suggested that the health benefits of sauna could extend from the heart to the brain.

The study also suggested that people who spent time in a sauna seven times a week were less likely to die of heart problems, compared to those who only partook once a week.

Laukkonen said, "In the sauna, the heart rate increases and we start to sweat. This is a bit like physical exercise."

"After sauna, you may have lower blood pressure, and blood pressure is an important risk factor in cardiovascular and memory diseases. This may be one possible explanation for our findings," Laukkanen said.

Regular bathers at the Finnish Sauna Society, which has around 4,200 members in Helsinki, agree that good health many be linked to the relaxing effects of sauna visits.

Club members go to the sauna several times a week, and in winter cool off with a swim in the icy Baltic Sea.