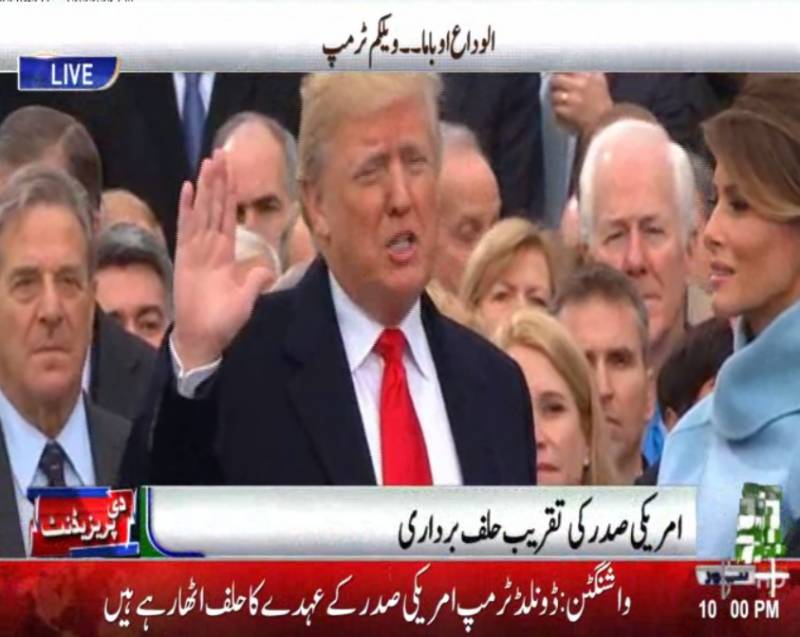 Washington: Donald Trump was greeted by the outgoing US president Barack Obama when he entered White house but widespread protests outside White House on the streets and roads of Washington gave a bonus news to the media personnel covering Donald Trump sworn in ceremony.

Following the swear in ceremony of Vice President of US Mike Pence, Donald Trump was sworn in by Chief Justice of United States of America John Roberts.

The event was attended by most of the republican and Democrats leaders and senators of US Congress but many have boycotted the inaugural ceremony.

Donald Trump family was also present at the ceremony.