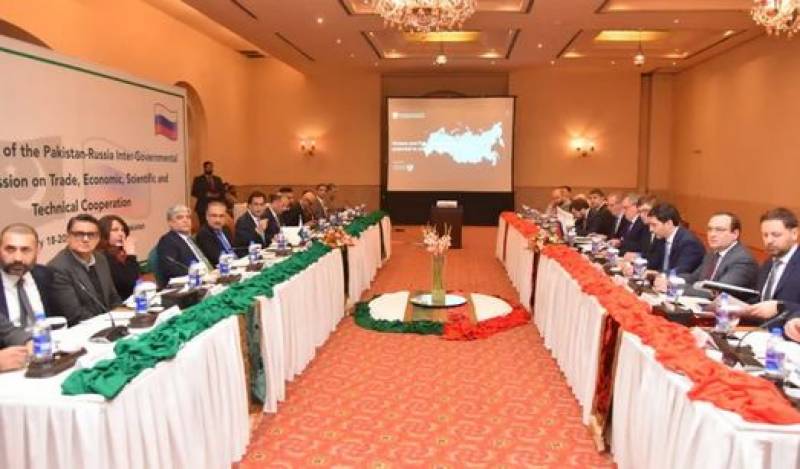 Islamabad (Web Desk): Islamabad and Moscow have agreed that the oil and gas trade transaction will be structured in a way it has a mutual economic benefit for both countries.

The statement comes during the eighth session of the Pakistan-Russia Intergovernmental Commission held here on Friday.

Minister of State for Petroleum Musadik Malik revealed that Pakistan wants to import 35% of its total crude oil requirement from Russia. He, however, also mentioned that currently, Russia does not have liquefied natural gas (LNG) for Pakistan.

Shulginov also said that the two countries have agreed on late March as the timeline for crude oil export to Pakistan.

The countries signed an agreement on custom matters, a protocol on the exchange of documents and data on the customs value of goods transported between the countries, and a working agreement on aeronautical products.

Last year, Pakistan’s government officials to Russia, after which the Pakistani state minister for petroleum said Russia would sell crude oil at a discounted rate.