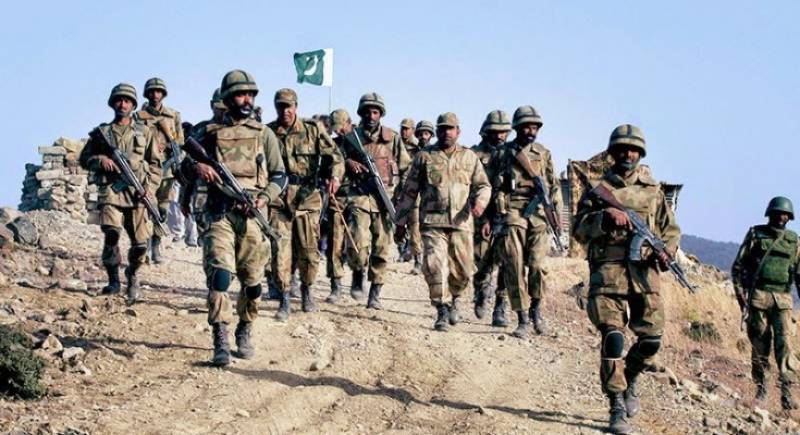 Rawalpindi (Staff Report): At least 13 militants were killed and six others were injured during the ongoing Operation Khyber-4, launched under Operaion Raddul Fasaad (RuF) in the Rajgal Valley area of Khyber Agency.

According to ISPR, the operation in Khyber Agency's Rajgal Valley was progressing as planned with troops including special services group clearing 90 square kilometres and now squeezing the terrorists.

A number of IEDs laid by the terrorists have been detected, recovered and neutralised by Pakistan Army Engineers Counter IED teams.

The Pakistan Army announced on Sunday the launch of a new military operation in Khyber Agency.

DG ISPR Maj Gen Ghafoor said the follow-up operation, Khyber-IV, has been launched in Khyber Agency's Rajgal Valley. He added that the Pakistan Air Force is also involved in the operation.

The DG ISPR informed that the valley, adjoining the Afghan border, is being used by Daesh and other local militant groups.