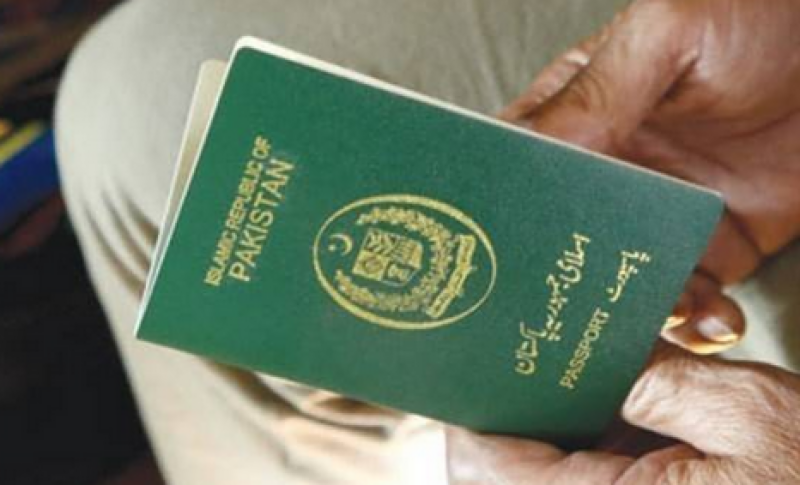 Islamabad (Web Desk): The Pakistani passport has once again been ranked as the fourth-worst passport in the world the Henley Passport Index for 2022 reveals.

In the newly unveiled ranking, Pakistan is ranked only higher than conflict-ravaged Syria, Iraq and Afghanistan, which occupies the bottom spot.

Pakistan is placed at the 109th position on the list with visa-free access to 32 destinations only across the world.

It is for the fifth consecutive time that Pakistani passport has been ranked the fourth-worst in the world by the international agency that ranks the world's passports according to the number of destinations their holders can access without a prior visa as well as, using information from the International Air Transport Association.

The top spot has been taken by Japan, with the country’s passport providing its holders access to 193 destinations.

Next in line are Singapore and South Korea, whose passports provide access to 192 countries, followed by Germany and Spain, with their passports having a visa-free score of 190.

Russia, China and India have been ranked as 50th, 69th and 80th in the latest rankings.

Meanwhile, Bangladesh, occupies the 104th position, five spots higher than Pakistan, with its passport holders having access to 41 countries.

The ranking is carried out after analysing and grading different travel documents from all the countries. What is primarily being judged is the international mobility that the passport holders enjoy.

In 2021, the index showed that Pakistan has visa-free access to only 31 other countries.