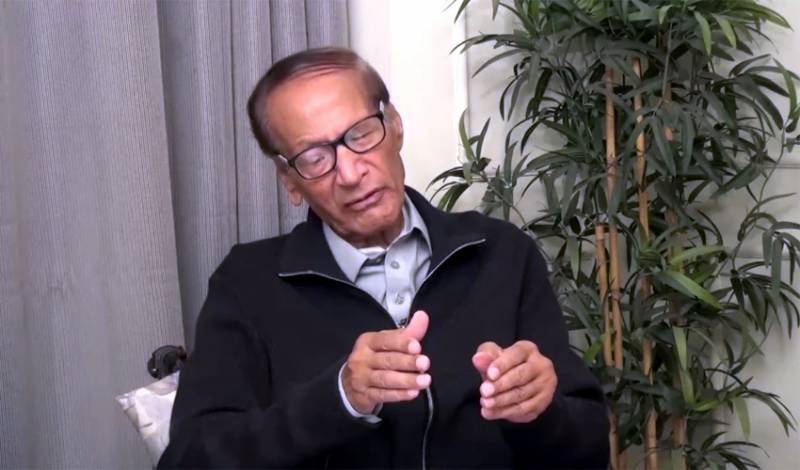 Members of the provincial assembly (MPAs) will elect the new chief minister on July 22.

The PML-Q supremo said that he had made similar statements multiple times in the past as well.

Chaudhry Shujaat said that politicians should get out of number game and instead focus on problems being faced by the country and the poor masses.

"Whoever succeeds in solving the problems of the poor will have completed his numbers in the true sense," he said

The PML-Q chief urged the elected members to work hard for betterment of the country instead of leg pulling of their fellow lawmakers.

Shujaat said the solution to the country’s problems was to either let the incumbent government stay for a year or more till the general elections or hold fresh elections immediately.

In response to reports that former president and Pakistan Peoples’ Party (PPP) co-chairperman Asif Ali Zardari had asked Shujaat to write a letter instructing PML-Q MPAs not to vote for Elahi, Shujaat said there was "no question" of issuing a letter.

On Tuesday, Asif Ali Zardari met PML-Q chief Chaudhry Shujaat Hussain and took him in confidence over decisions taken in the meeting of ruling alliance.

The meeting between the two continued for over an hour, in which matters pertaining to the political situation in Punjab came under discussion.

It is pertinent to mention that Chaudhry Shujaat Hussain is aligned with the ruling coalition in the Centre, and his son, Chaudhry Salik Hussain, is a member of Shehbaz Sharif’s cabinet.

On the other hand, the top leadership of the ruling coalition got together in Lahore to discuss the overall political situation and the future strategy.

It was announced after the meeting that the coalition government led by Prime Minister Shehbaz Sharif will complete its constitutional tenure.

As per the sources, the coalition partners also put their weight behind Prime Minister Shehbaz Sharif in launching 'concrete efforts' and exploring all possible ways to save his son Hamza’s office of the Punjab chief minister from the joint PTI-PML-Q candidate Elahi.