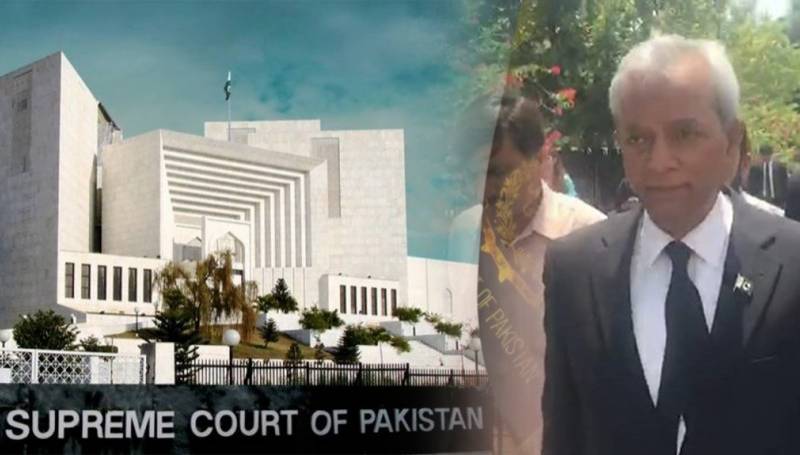 Islamabad (Staff Report): Senator Nehal Hashmi on Tuesday submitted his reply in Supreme Court over the contempt of court proceedings initiated against him.

The chief justice had taken suo motu notice of a video in which Hashmi was seen apparently warning the individuals conducting a Supreme Court-sanctioned investigation that they will be "taken to task" for grilling the premier's family.

In the petition, filed on Tuesday, the senator defended himself saying he is a "loyal Pakistani with regard for the judiciary". Hashmi added that he has served as an advocate for thirty years and his speech was not an "insult" to the judiciary.

"I only made the speech once but the media replayed it several time," the petition says.

In the reply, Hashmi alleged that his political opponents are plotting against him and requested the apex court to investigate the matter.