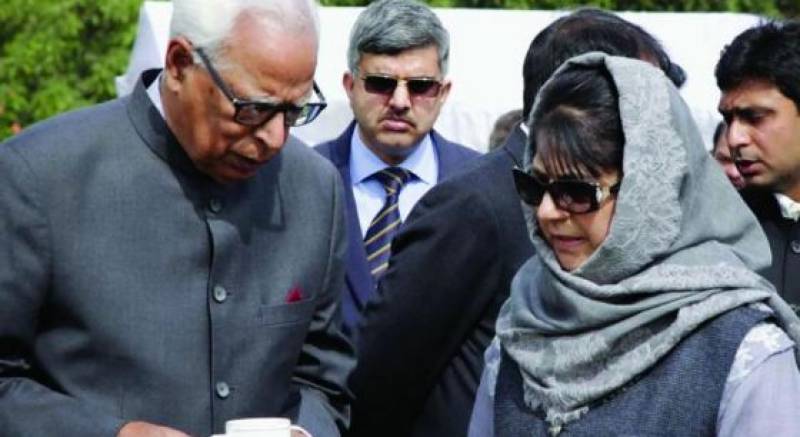 Governor Narinder Nath Vohra will be presiding over the state for the fourth time.

The People’s Democratic Party (PDP) Mehbooba's move came shortly after the Bharatiya Janata Party (BJP) announced it was pulling out of its alliance with the PDP in IoK.

The Hindu nationalist BJP entered into an unlikely alliance with a regional party, PDP, after an inconclusive election in 2014 to govern the state.

"It has become untenable for the BJP to continue in the alliance government in occupied Kashmir," Ram Madhav, party general secretary, told reporters.

BJP quit the coalition following a rift over extension in the Ramazan ceasefire. Mehbooba Mufti wanted the ceasefire to be extended, while the BJP decided against it.

The Indian government had suspended cordon and search operations during the holy month of Ramazan.

"I have resigned from chief ministership, shook hands with BJP for the sake of serving the people," Mufti announced while addressing a press conference in Srinagar.