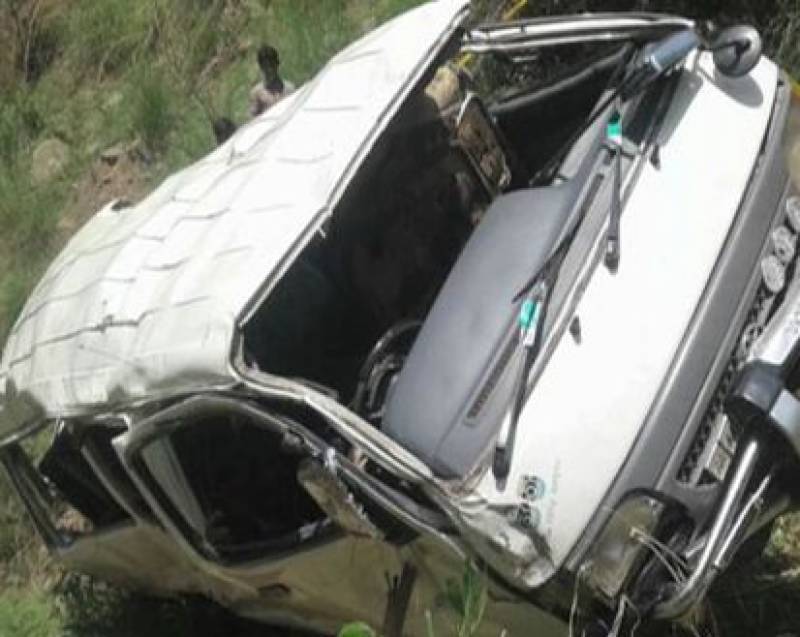 Swat (Staff Report): At least nine people were feared dead while five others were sustained critical injuries when a van carrying tourist fell into the river in Swat valley of Khyber Pakhtunkhwa.

The tourists were coming back to Buner from Kalam valley, when their van went out of the driver’s control and fell into the river on Bahrain road near Chim-Garihi area.

Rescue 1122 reached the spot immediately and recovered the bodies of three missing persons after some time; the injured and the bodies were shifted to Madyan tehsil hospital.