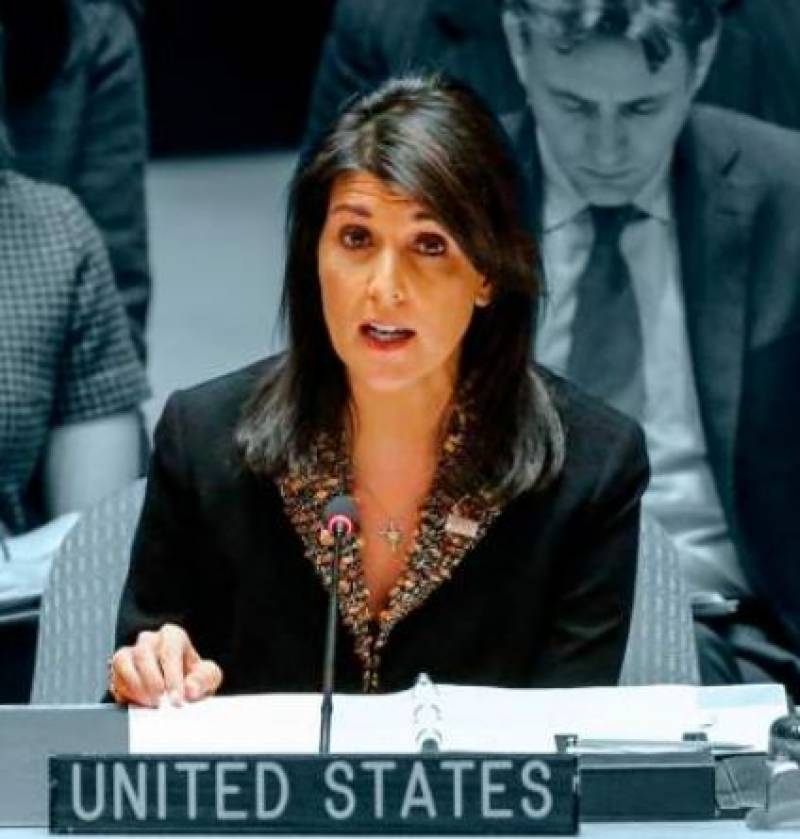 United Nations (Agencies): The United States has withdrawn from the United Nations’ top human rights body on Tuesday accusing it of “chronic bias” against Israel, a long-term ally of Donald Trump-led state.

The move was criticized by human rights groups and political analysts, with foreign leaders describing the development as regrettable.

The decision to pull out of the ‘self-serving organisation’ UN Human Rights Council was announced by Nikki Haley, the US ambassador to the UN.

“We take this step because our commitment does not allow us to remain a part of a hypocritical and self-serving organisation that makes a mockery of human rights,” she said flanked by US Secretary of State Mike Pompeo in Washington, DC.

‘Disproportionate focus and unending hostility toward Israel is clear proof that the council is motivated by political bias, not by human rights,’ she added.

Following the pull out Zeid Ra’ad al-Hussein, the UN high commissioner for human rights, called the announcement “disappointing, if not really surprising”.

“Given the state of human rights in today’s world, the US should be stepping up, not stepping back,” he added.

Trump administration’s decision was lauded only by Israel terming it “courageous” move.

US exit from the body is not sudden as the council voted last month to probe the killing of scores of Palestinian protesters in the Gaza Strip and accused Israel of excessive use of force.