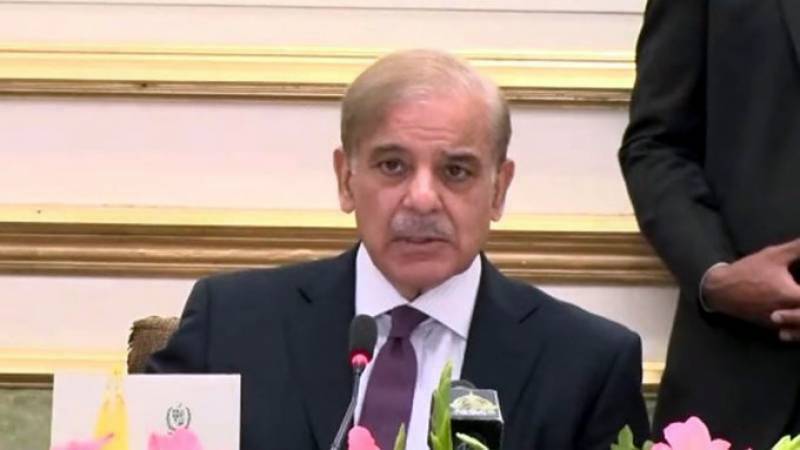 Islamabad (Agencies): Prime Minister Shehbaz Sharif on Monday called for renewed policy focus and arrangement of resources to address the suffering of refugees across the world.

In a Twitter message on World Refugee Day, the premier said, "From Syria to Palestine to Afghanistan, their plight calls for renewed policy focus and resources.”

PM Shehbaz termed refugees as "the worst victims of wars and conflicts" besides inflicted by poverty and economic inequality.

He called for global efforts to the developing countries that were extending support to refugees.

"The world should help developing countries who continue to host a large number of refugees," the PM said.

Refugees are the worst victims of wars & conflicts as well as poverty & economic inequality. From Syria to Palestine to Afghanistan, their plight calls for renewed policy focus & resources. World should help developing countries who continue to host large number of refugees.

In a statement on this occasion, the Foreign Office (FO) said that Pakistan joined the international community in commemorating the day and expressed solidarity with refugees all around the world.

"This Day behooves us to reflect on the drivers of forced displacements and to reaffirm our commitment towards finding sustainable solutions for refugee situations, including through conflict prevention and resolution," it said.

The FO said the day was also an occasion to reiterate collective resolve for refugee protection under the principle of international burden- and responsibility-sharing.

"Pakistan has shouldered the responsibility of one of the largest and most protracted refugee situations in the world for over four decades. Pakistan continues to host more than three million Afghans," it said.

The FO said another 0.4 million Rohingyas had also found refuge in Pakistan and the people of Pakistan had demonstrated exemplary generosity, hospitality, and compassion towards the refugees in the country.

It emphasised that as new situations emerged around the globe, the long-standing Afghan refugee situation must not be forgotten by the international community.

"There is a need for renewed international commitment, especially in the context of COVID-compounded socio-economic and health challenges, through regular, predictable and adequate financing for Afghan refugees including their safe and dignified return," the statement said.

The FO said it was equally important to undertake necessary measures for the stability and sustainable socio-economic development of Afghanistan, in order to avert the possibility of any future refugee exodus from the country.

"On this Day, Pakistan pays special tribute to United Nations High Commissioner for Refugees (UNHCR) for its commendable work in support of refugees and host communities throughout the world. Pakistan looks forward to further strengthening its valuable partnership with UNHCR," it said."

"We call on the international community to support the Organization in its efforts towards durable solutions for refugees worldwide," it added.

The World Refugee Day is being observed today (Monday) across the world including Pakistan to honour the courage, strength and determination of refugees who are forced to flee their homeland under threat of persecution, conflict and violence.

This year's theme of the day is "Seeking safety is a human right. Wherever they come from, people forced to flee should be welcomed".