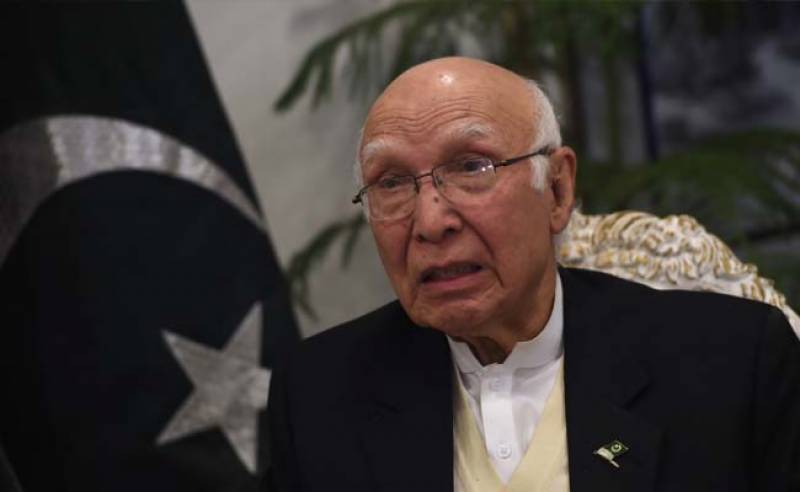 Sartaj Aziz said while talking to the media in Islamabad that Kulbushan was sentenced according to the country’s law and he had confessed to carrying out terrorist activities inside Pakistan and was a naval officer using a fake passport. He also confessed that he used counterfeit passport.

The advisor to PM also stated that the ICJ gave its opinion regarding the case; it was not the final jurisdiction. The court did not order Indian consular access to Kulbushan.

He further stated that the ICJ’s jurisdiction raised many questions but we took the case into ICJ after mutual consent of civil-military leadership. Pakistan had only 5 days left, so, it was not possible to hire ad hock judge. The decision of Khawar Qureshi’s appointment was taken with consensus.

“We will go with a strong team in the next hearing,” Aziz said adding that even if Pakistan had chosen an ad hoc judge, the ICJ’s verdict would not have changed.

The adviser said India’s stance that Pakistan was defeated by the recent International Court of Justice (ICJ) verdict was inaccurate. “A wrong impression was created by Indian media that Pakistan has lost the case,” Aziz added.

On 18th May, the United Nations’ top court ordered a stay in the execution of Jadhav. Judges at the ICJ ruled that Jadhav must not be put to death by Islamabad until they have had time to pass final judgment in the case.