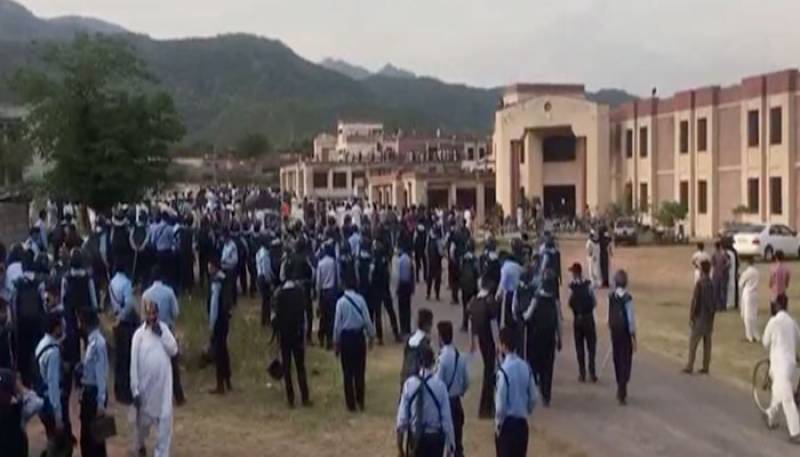 Islamabad (Web Desk): Over 30 people were injured following a clash at a university in Islamabad on Saturday.

The police stated that the incident occurred at Islamabad’s Quaid-e-Azam University, when two groups of students clashed with each other.

According to details, the students were repeatedly threw rocks on each other during the brawl while exchange of fire between the two sides was also reported.

The injured students have been shifted to a nearby hospital. A few of them also received gunshot wounds.

A contingent of police reached the university campus after being reported regarding the clash. Police officials fired tear-gas shells to disperse raged students. Authorities also called in Rangers to control the worsening situation.

According to police, a few students were arrested while weapons were also recovered from the possession of the arrested students.

A search operation for the suspects involved in clash is currently underway at the university.

The university administration has ordered closure of all boys’ hostels at the university premises, for an indefinite period while the students were asked to vacate their dormitories immediately.

Several injured as students clash with Indian police in citizenship ...