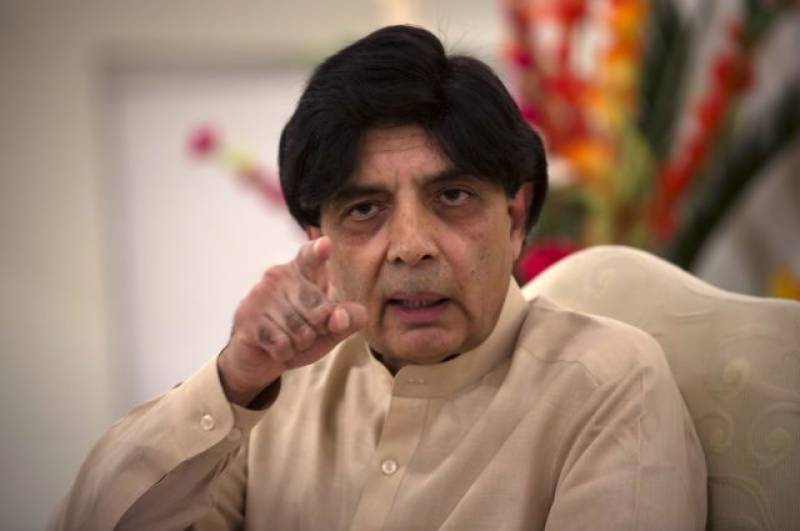 Peshawar (Staff Report): Interior Minister of Pakistan Chaudhry Nisar Ali Khan said on Saturday, Pakistan will handle the Kulbhushan Jadhav issue as an espionage case, and deal with it according to our own laws.

Chaudhry Nisar addressed the media after attending a passing out parade of the Frontier Corps (FC) in Warsak, Khyber-Pakhtunkhwa.

He added that Jadhav’s arrest assisted the prevention of several incidents of terrorism in the country.

He talk about the regional issues facing the country, said the “hearts of Pakistanis and Afghans beat together,” however, he warned Kabul not to talk to Pakistan in India’s language and urged it to solve its own internal and external issues first, instead of blaming Pakistan.

While commenting on the Iranian president’s recent visit to Pakistan, Nisar said all issues were discussed in the meetings President Hassan Rouhani held with officials in Pakistan, adding that both countries will not become party to any movement against the other.

The minister also said that he will visit Iran along with a delegation after Ramazan, as per directives of Prime Minister Nawaz Sharif. He said, “You’ll see when we reengage Iran most [of our] issues will be settled.”

Earlier, the minister in his speech to the cadets said, “Our enemies fund terrorists who carry out violent acts in the name of Islam, but they have nothing to do with religion.”

The minister directed the cadets to work to bring peace to Pakistan, and also congratulated and thanked the parents of all those who were martyred in the war against terrorism.

He said, “You’re not just FC’s soldiers but also soldiers of Islam and Pakistan, you must protect Pakistan and defeat the handful of people who in the last 15 or so years have spread violence in the country.”