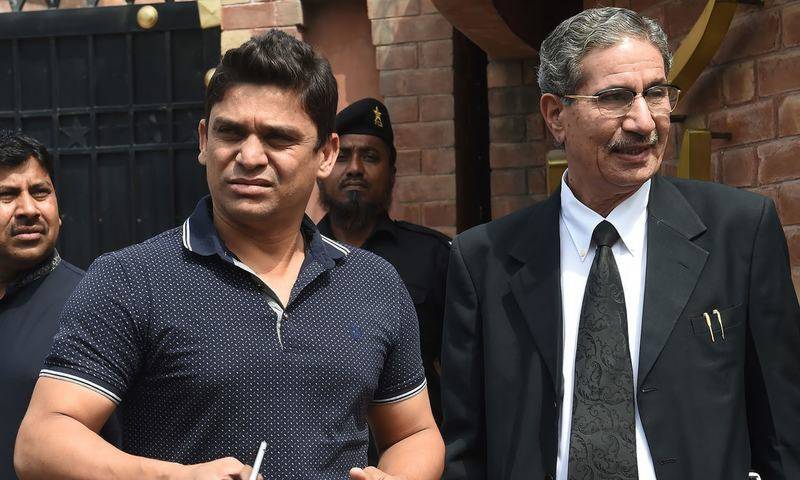 Lahore (Online): Khalid Latif, former opener who currently is provisionally suspended for his alleged involvement in PSL spot-fixing, on Saturday boycotted the proceedings of a spot-fixing hearing after a tribunal refused to give him a copy of his recorded interview.

According to details, the 31-year-old batsman stands accused of attempting to spot-fix, accepting an offer by a bookmaker which he did not report, and luring other players into the conspiracy.

A three-member anti-corruption tribunal, Anti-Corruption Unit (ACU), of Pakistan Cricket Board (PCB) has been convened to adjudicate on the scandal which emerged during the Pakistan Super League (PSL) in the United Arab Emirates in February and March.

Latif’s lawyer Badre Alam said he had rejected the tribunal because it refused to give his client a copy of his interview, recorded by the Pakistan Cricket Board (PCB) anti-corruption tribunal in February.

Alam told the media, “We have asked for the recording of Khalid’s interview which is our right but the tribunal has rejected it.”

“Until that (interview is given) we will not continue the proceedings, we told them we are not running away but we are talking in legal terms.”

“If a player or participant is not appearing before tribunal, from the start or from the middle, then the tribunal has complete right to listen to the remaining case as per the law and give the decision,” said Rizvi.

The PCB said the video interview was conducted by its anti-corruption unit on February 19 and contains a confessional statement from Latif.

The main charges for Latif are luring other players to participate in the fixing and not reporting the offers.

Fast bowler Mohammad Irfan was banned for six months and spinner Mohammad Nawaz for one month and both were fined after they confessed to failing to report meetings with bookmakers.

The Pakistan Cricket Board on Friday said it had seized bat grips given to Latif by a bookmaker which the Islamabad United opener was allegedly supposed to use to indicate he would participate in a spot-fix.