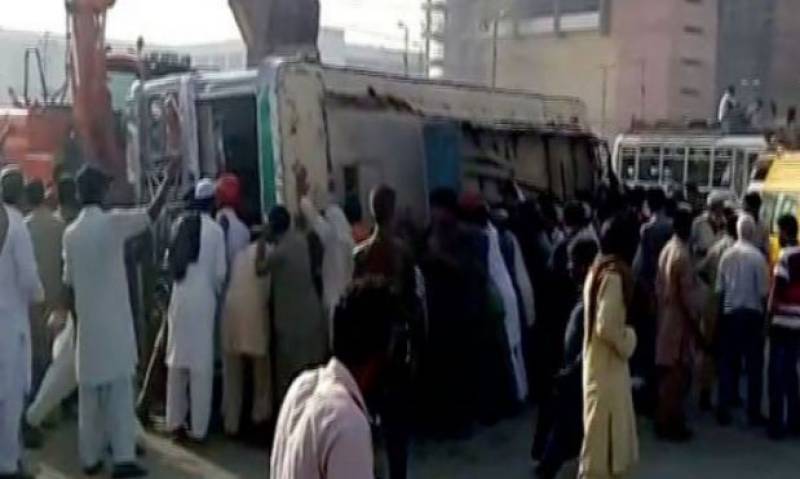 Karachi (Staff Report): At least two people were killed and seven others were injured when a speeding bus overturned near Korangi’s Veta Chowrangi area on Sunday morning.

All the wounded have been shifted to the hospital where they are being treated.

During last week, at least three people were dead and twelve injured as over speed bus fell off the bridge in Attock.

The accident occurred on the National Highway in Pind Sultan when the driver could not control the over-speeding van and it fell off the bridge leaving three dead and twelve injured.

The injured have been shifted to the hospital.

As a van rammed into a rickshaw near Indus Highway and subsequently the vehicles caught fire, resulting in the death of four people.