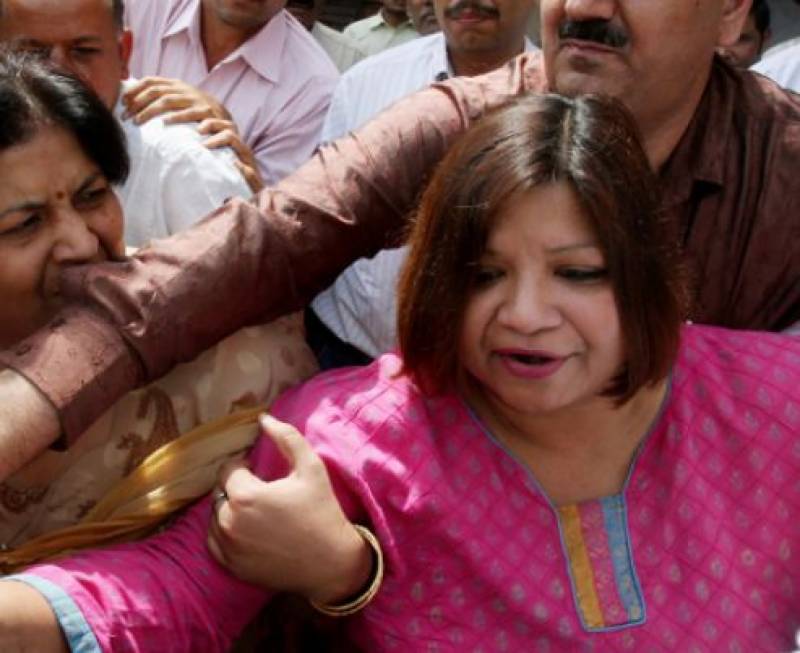 New Delhi (Web Desk): An Indian diplomat was sentenced to three years jail after she found guilty for passing state secrets to Pakistan’s intelligence services, her lawyer said on Sunday.

Madhuri Gupta was found guilty in a New Delhi court on Friday of “spying and wrongful communication of information” while posted to the Indian embassy in Islamabad.

Gupta, 61, was arrested in 2010 for allegedly passing information to the spy agency.

The low-level diplomat was detained for alleged breaches of India’s official secrets act and held for two years before being released on bail.

Her lawyer, Joginder Dahiya, said Gupta would appeal her sentencing in a higher court.

“She has already been in custody for about 21 months. She should have been released on the basis of the time she has already spent in jail,” he said.

Gupta avoided more serious jail time because the information she passed to Pakistani handlers in 2009 and 2010 was not military in nature, the Press Trust of India reported.

The information “passed on by the accused [was] categorically sensitive information which could have been useful to the enemy country… and its secrecy was of utmost importance,” PTI reported.

Indian police say Gupta had been under surveillance for six months before being taken into custody in 2010.

Nuclear rivals India and Pakistan routinely accuse one another of sending spies into their countries, and it is not uncommon for either nation to expel diplomats accused of espionage.