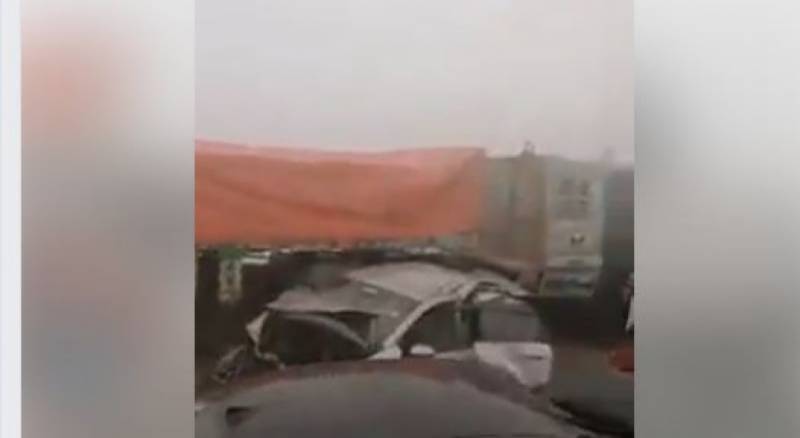 Kashmore (Staff Report): At least three people including two children were killed in a road accident in Kandhakot- Kashmore district on Monday.

According to police, the accident was occurred when a passenger coach hit a motorcycle at Kambrani road.

According to the party spokesperson, Usama Qamar died in a traffic accident near his hometown Lalamusa. He was a student at the Government College Lahore.

Qamar Zaman Kaira was informed about the tragic news when he was at a press conference in Islamabad after attending the meeting of PPP's senior leaders.