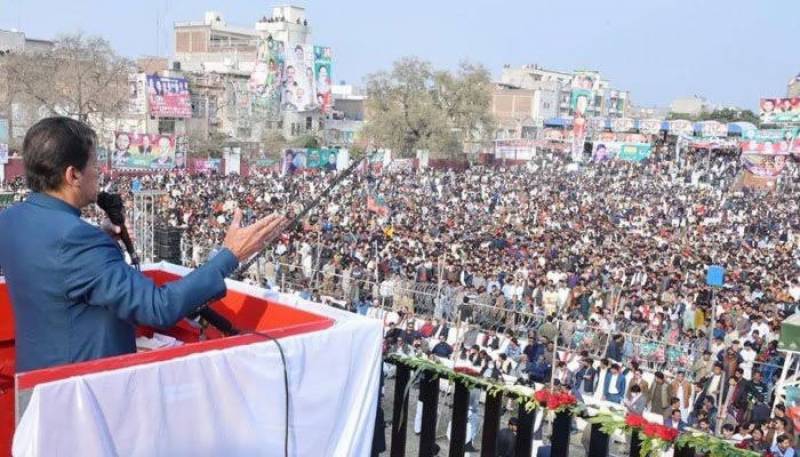 Addressing a large public gathering in Multan’s Qila Kohna Qasim Bagh Stadium on Friday evening, Imran Khan said that the long march will begin between May 25 to 29 and exact date will be announced after Sunday’s meeting. He thanked the people of Multan for giving him a warm welcome, The PTI chairman also thanked the woman and youth of Multan for attending his rally.

“No revolution succeeds if the youth and women of that nation do not participate in it”, he added.

The former premier said that the PTI would demand only one thing during its long march that was the date of the general election after dissolving assemblies.