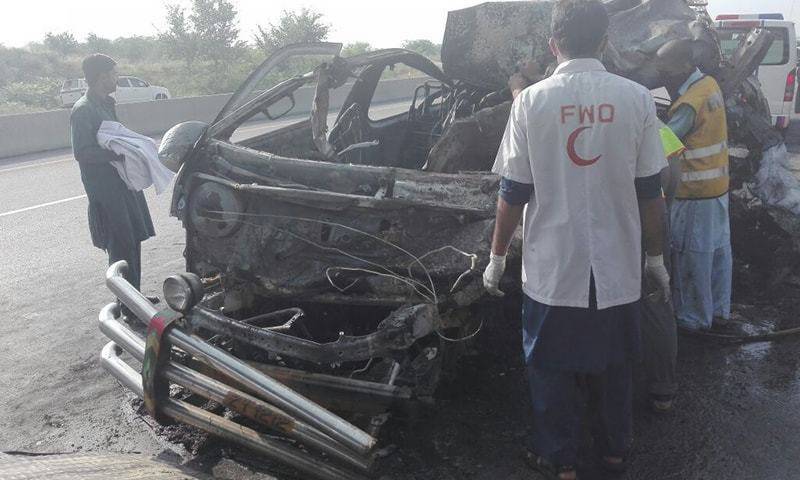 Khairpur (Staff Report): At least 20 people were dead and about 60 others were injured when a passenger van rammed into a coal filled truck near Sindh's Khairpur district on Monday morning.

According to rescue officials, the van driver attempted to overtake the truck on Tehari Bypass but ended up slamming into the vehicle.

The two vehicles fell off the read and into a ditch as a result of the collision.

The officials said the search and rescue operation was delayed because the coal in the truck was a hazard while cutters were being used to cut away the vehicles' carcass to rescue the passengers.

The injured have been shifted to Khairpur Civil Hospital.