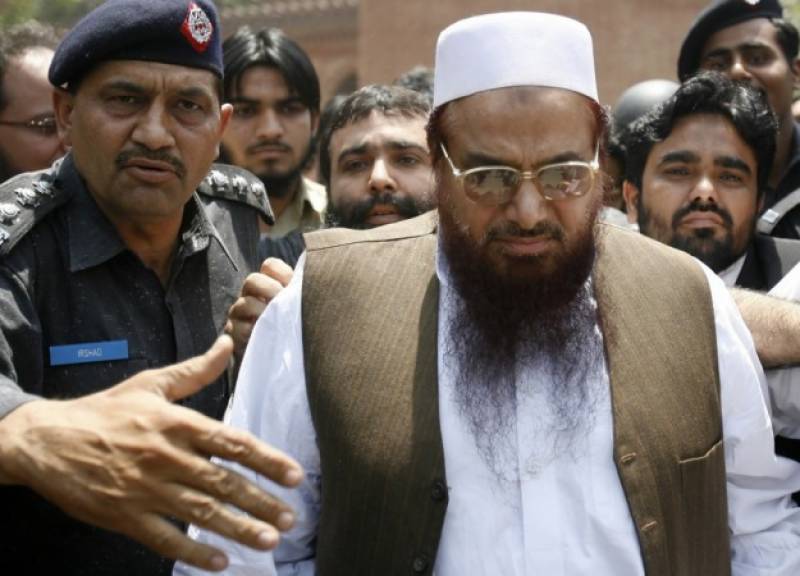 Washington: The US Department of Defence (DoD) put pressure on key Congressional committees to drop a provision linking financial aid to Pakistan with Islamabad taking demonstrable action against Lashkar-e-Taiba.

The DoD prevailed upon key Democratic and Republican aides in the House Armed Services to remove the conditionality introduced by the Senate. The provision was part of the bill meant to finance the US armed forces for 2018 known as the National Defence Authorisation Act (NDAA).

The provision was dropped last week when the Senate and the House versions of the NDAA were being reconciled before being voted into law. Congressional aides said that the DoD strongly insisted that curbing the Haqqani network must remain the top priority and adding LeT was like “shifting the goal post for Pakistan.”

“But I thought that was the idea of the new South Asia policy,” one Democratic Party observer said somewhat sarcastically, referring to President Donald Trump’s August speech nailing Pakistan and terrorist groups thriving on its soil. “One of the president’s pillars was being harder on Pakistan. It makes sense to be harder on Pakistan.”

The Indian government is likely disappointed by the development although officials stressed that the overall “trend line” on Pakistan remained promising. The amount of US aid is shrinking while the portion coming under strict conditions is increasing.

Pakistan has lost about $750 million in Coalition Support Funds over the last two years because of its failure to act against terrorist groups. The secretary of defence has not “certified” that Pakistan is taking adequate steps to curb terrorism in a clear indication of the current thinking in Washington.

Half of the $700 million in military and economic aid for Pakistan for 2018 is also tied to conditions related to counterterrorism measures against the Haqqani network. Although the bill no longer includes the LeT as a targeted group, the conference report does mention the LeT and says the US Congress remains concerned about its freedom of navigation inside Pakistan.

It’s a question of glass being half full or half empty. One Indian official pointed out that no one could have imagined an India-focused terrorist group such as the LeT being targeted by the US Congress a few years ago. Terrorists came in neat compartments – those who attack western interests and those who play elsewhere and the two were not comparable.

Over the years, US officials and analysts began to see them as more integrated and interconnected. But when push comes to shove, it appears the Pentagon still sees terrorists groups operating from and managed by Pakistan in separate compartments.

The Pentagon’s decision not to push Pakistan to act against LeT is especially noticeable in light of Trump’s unusually strong language in his August speech. He said Pakistan was providing “safe haven to agents of chaos, violence and terror.” Pakistan must change and “demonstrate its commitment to civilization, order, and to peace.”

Trump’s line prompted the Senate to start acting on the president’s words by expanding the demands on Pakistan and testing Islamabad’s commitment.

The Senate version of the bill said that Pakistan must demonstrate it has taken steps to “prevent the Haqqani Network and Lashkar-e-Tayyiba from using any Pakistan territory as a safe haven and for fundraising and recruiting efforts.” Further, it must coordinate with Afghanistan to prevent movement of terrorists from both groups along the border.

In a clear pointer at LeT leader Hafiz Saeed, the bill said Pakistan must also show “progress in arresting and prosecuting senior leaders and mid-level operatives of the Haqqani Network and Lashkar-e-Tayyiba.” The LeT’s name appeared several times in the Senate bill.

But for the Pentagon, it was a bridge too far and senior officials persuaded staff aides to summarily drop references to LeT. A knowledgeable source said some aides were almost “scared” and chose not to argue with the top brass.

The Pentagon wants a step-by-step approach, gradually increasing the pressure on Pakistan. They first want results on the Haqqani Network. “This administration has a clear sense of the time-table. It will not be easily lulled,” an Indian observer said.

A Congressional aide explained that Democrats and Republicans are doing give and take on so many issues in so many bills, listing the LeT alongside the Haqqani Network was “a small thing” in the overall scheme of things. The Democrats could have pushed back but did not.

It was the first time the Senate had included tangible action against the LeT along with the Haqqani Network as a condition for Pakistan to receive $350 million in Coalition Support Funds (CSF) for its support in the war in Afghanistan.

But there is some good news for India. The final version of the 2018 NDAA has a provision on India proposed by Senator Mark Warner, co-chair of the India Caucus in the Senate, which directs the US administration to put more meat on the bones of India’s designation as a “Major Defence Partner.” The new category attempts to give India benefits akin to those available to US allies.

India was declared a major defence partner in 2016 under the Obama Administration but what that meant was not clear in terms of the law. The latest bill says the Pentagon should appoint an officer to devise the nuts and bolts of what the designation means and how it will work in reality. It is an incremental gain.

The conference report on the bill also talks about India and the US working together to stabilise Afghanistan. The bill is expected to become law soon.

This article originally appeared in The Wire.