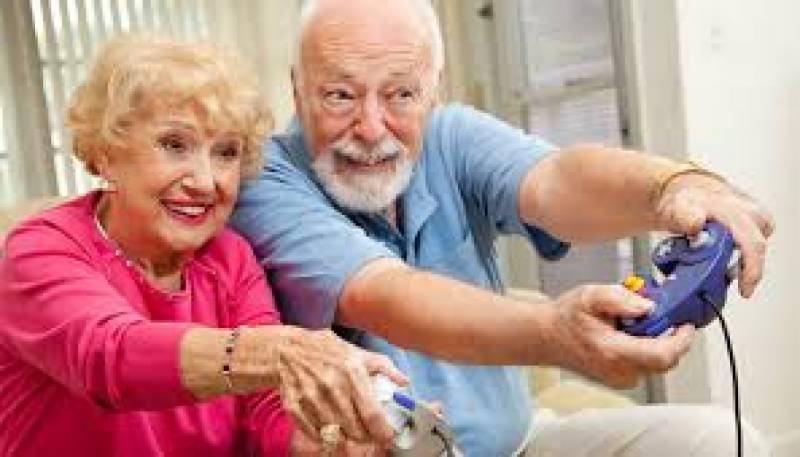 New York (Web Desk): A new American study suggests older adults who practice specific computer training exercises that test how fast they respond to visual stimuli could face a 29 percent lower chance of developing dementia, results deemed encouraging by experts even as more work is needed to confirm the link.

The randomized clinical trial involving more than 2,800 people study was funded by the US National Institutes of Health, and used a specific brain-training exercise called "Double Decision," a patented program by Posit Science that is available on BrainHQ.com.

The exercises tested a person's ability to look at an object in the center of the screen, like a truck, and click on an object that popped up in the periphery, like a car.

As the user improves, the exercises move faster and become more difficult.

The idea is to exercise the brain's ability to change, known as plasticity, and to test skills of perception, decision-making, thinking and remembering.

Study authors say the process is like learning to ride a bike, a skill that doesn't take long to learn but which drives a long-lasting brain change.

Participants were an average age of 74 when they enrolled in the Advanced Cognitive Training for Independent and Vital Elderly study.

Dozens of peer-reviewed scientific studies have been published using active data, which has now completed 10 years of follow up.

Participants in the trial were assigned at random to four groups: one did computer exercises, a second one followed a series of traditional memory exercises, another did reasoning exercises, and the fourth, a control group, did nothing at all.

Those enrolled in the computer-game part of the study did at least 10 hours of training in the first five weeks of the program.

Some went on to do more training over the next three years, leading to up to 18 hours of total computer work.

"Speed of processing training resulted in decreased risk of dementia across the 10-year period of, on average, 29 percent as compared to the control," said lead author Jerri Edwards, a researcher at the University of South Florida.

There was no significant difference in risk of dementia for the strategy-based memory or reasoning training groups.

The findings are published a peer-reviewed journal of the Alzheimer's Association known as Alzheimer's and Dementia: Translational Research and Clinical Interventions.

Some outside experts urged a dose of skepticism in interpreting the current study as a magic bullet against dementia, since many previous studies have found little to no benefit in popular online brain-training courses.

"The results reported here, of apparent reduction in risk of dementia after 10 years following only a few hours of cognitive training, are therefore rather surprising and should be treated with caution," said Rob Howard, professor of old age psychiatry at University College London.

"I find it implausible that such a brief intervention could have this effect."

According to Doug Brown, director of research at Alzheimer's Society, the study is "positive" in that it spanned a decade and compared several kinds of brain training.

But it made its conclusions about dementia in patients based on self-reports or from subjects' families, not clinical diagnoses of the condition.

"This study hints that a particular type of brain training may help people to ward off dementia, but due to limitations of the research, we can't confidently conclude this," he said.

Experts say more studies should be conducted to see if the findings can be replicated, and better explained.