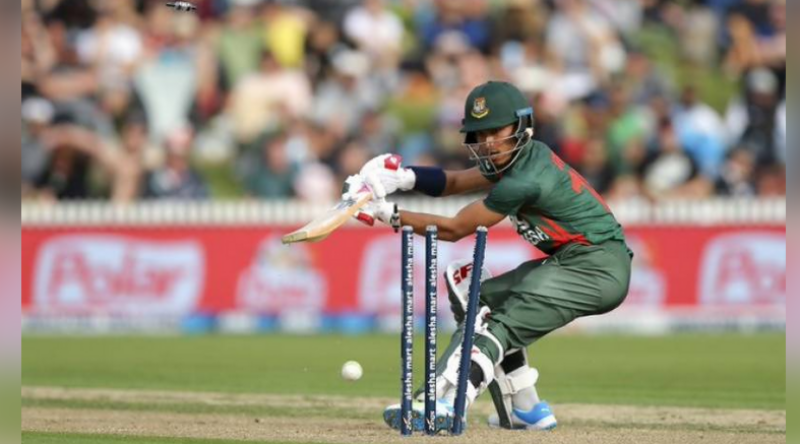 Dhaka (Web Desk): Bangladesh set 109-run target for Pakistan in the second T20I match at the Shere Bangla Stadium in Dhaka on Saturday.

The Bengal Tigers batting failed to impress against a strong Green Shirts bowling line-up, managing to score only 108/7 off their 20 overs.

Najmul Hossain Shanto managed to score the most runs for the Bangladesh team, 40 off 34 balls.

Shaheen Afridi and Shadab Khan took two wickets each to deal frequent blows to the hosts while Nawaz, Haris Rauf and Wasim pitched in with one wicket each.

Pakistan's left-arm pacer Shaheen Afridi once again rose to the occasion, striking in the first over to dismiss Bangladesh opener Saif Hassan to put the hosts on the back foot.

Shadab Khan dismissed Afif Hosain in a soft dismissal when he was caught behind by Mohammad Rizwan. The Pakistani wicketkeeper was part of another dismissal when Bangladesh skipper Mahmudullah edged a Haris Rauf delivery straight into his hands.

Shadab Khan picked up Shanto's wicket when he leapt forward to take a brilliant catch, causing Bangladesh to lose their fifth wicket.

While Bangladesh go into the second T20 match without making any changes, Pakistan are resting Hasan Ali and are playing left-arm pacer Shaheen Afridi in his place.

The rest of the visitors' squad remains unchanged for today's clash.