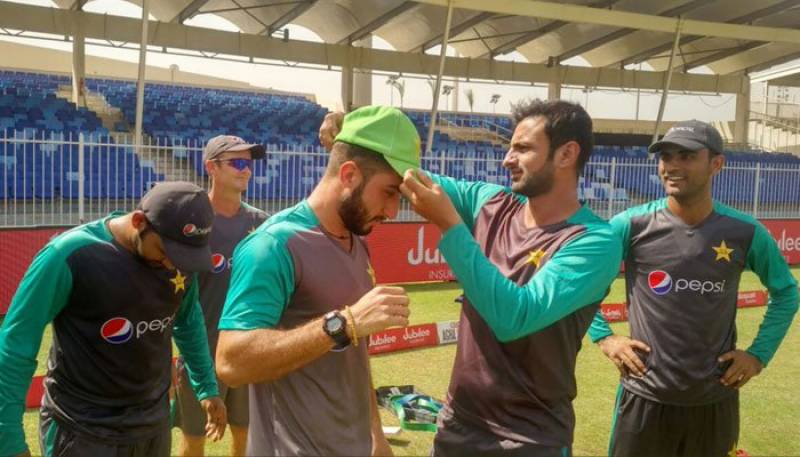 Sharjah (Web Desk): Pakistan beat Sri Lanka by seven wickets in the fourth day-night international in Sharjah on Friday, taking a 4-0 lead in the five-match series.

Pakistan bowled out Sri Lanka for 173 in 43.4 overs before overhauling the target in 39 overs.

Junaid Khan then claimed the scalp of Dickwella, reducing Sri Lanka to 30-2.

Sri Lanka's batting started to collapse after Dinesh Chandimal was run out for 16 runs and Imad Wasim claimed the wicket of Sadeera Samarawickrama for a duck.

Hasan Ali struck next for Pakistan when Milinda Siriwardana (13 runs) was dismissed through a brilliant catch by Usman Shinwari. Ali struck again in the 35th over to remove Dananjaya (18 runs), who was caught behind by skipper Sarfraz.

Imad Wasim took his second wicket after dismissing HDRL Thirimanne, who was going on 62 when he was caught by Babar Azam.

The fifth and final ODI will be played in Sharjah on October 23. The two teams will also play three T20 internationals, the first two in Abu Dhabi (October 26 and 27) and the last in Lahore (October 29).