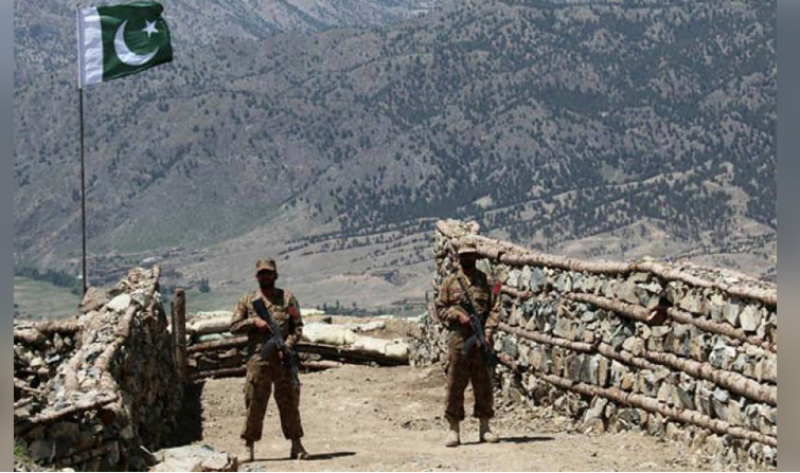 According to a statement issued by the Inter-Services Public Relations (ISPR), Sepoy Waqas, 26, a resident of Mansehra embraced martyrdom during the exchange of fire with terrorists.

The military's media wing added that the troops initiated a "prompt response and effectively engaged" the terrorists' location.

Later, an area clearance operation was carried out to eliminate the terrorists.

Earlier on October 18, a soldier of the Pakistan Army was martyred when terrorists fired on a security forces' post in Spinwam area of KP’s North Waziristan district, the ISPR said.

On October 14, the security forces killed a wanted terrorist during an intelligence based operation (IBO) in Mir Ali area of North Waziristan.

According to the military’s media wing, terrorist Arif Ullah alias Dadullah was killed during exchange of fire.

On October 11, one terrorist was killed during IBO by security forces in Khyber-Pakhtunkhwa's North Waziristan district, the military’s media wing had said.

“The IBO was conducted in a hideout on confirmed intelligence of the presence of terrorists in Mir Ali,” the ISPR statement had said, adding that weapons and ammunition were recovered during the operation.