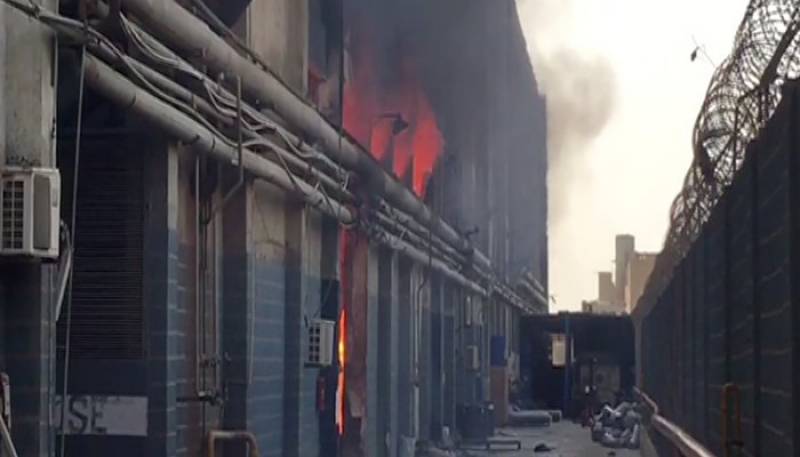 Karachi: A fire erupted after a blast in a cosmetics factory at Shahrah e Faisal near Nursery in ECHS-block.

According to details, first a loud sound of blast was heard in ECHS-block near Nursery Shahrah e Faisal and then fire erupted in the cosmetics factory.

Police sources stated that rescue teams rushed to the spot however, no casualties were reported.