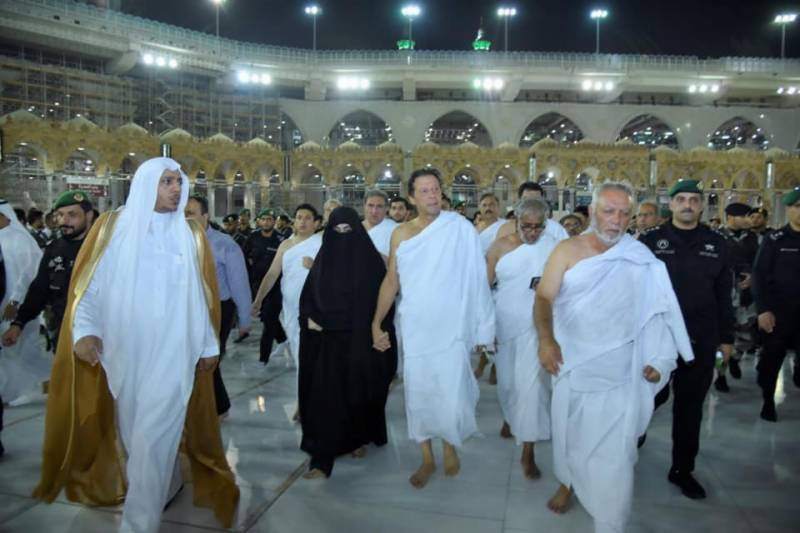 Khan, who is on a two-day official visit to Saudi Arabia, had a rare opportunity to enter the Holy Kaa’ba as the doors were specially opened for him.

During Umrah, the prime minister prayed for the prosperity and stability of the country.

According to a statement issued by the Prime Minister office, the premier also condemned the recent attacks on oil installations in Saudi Arabia, which cut the kingdom’s crude production and fanned fear of further instability in the Middle